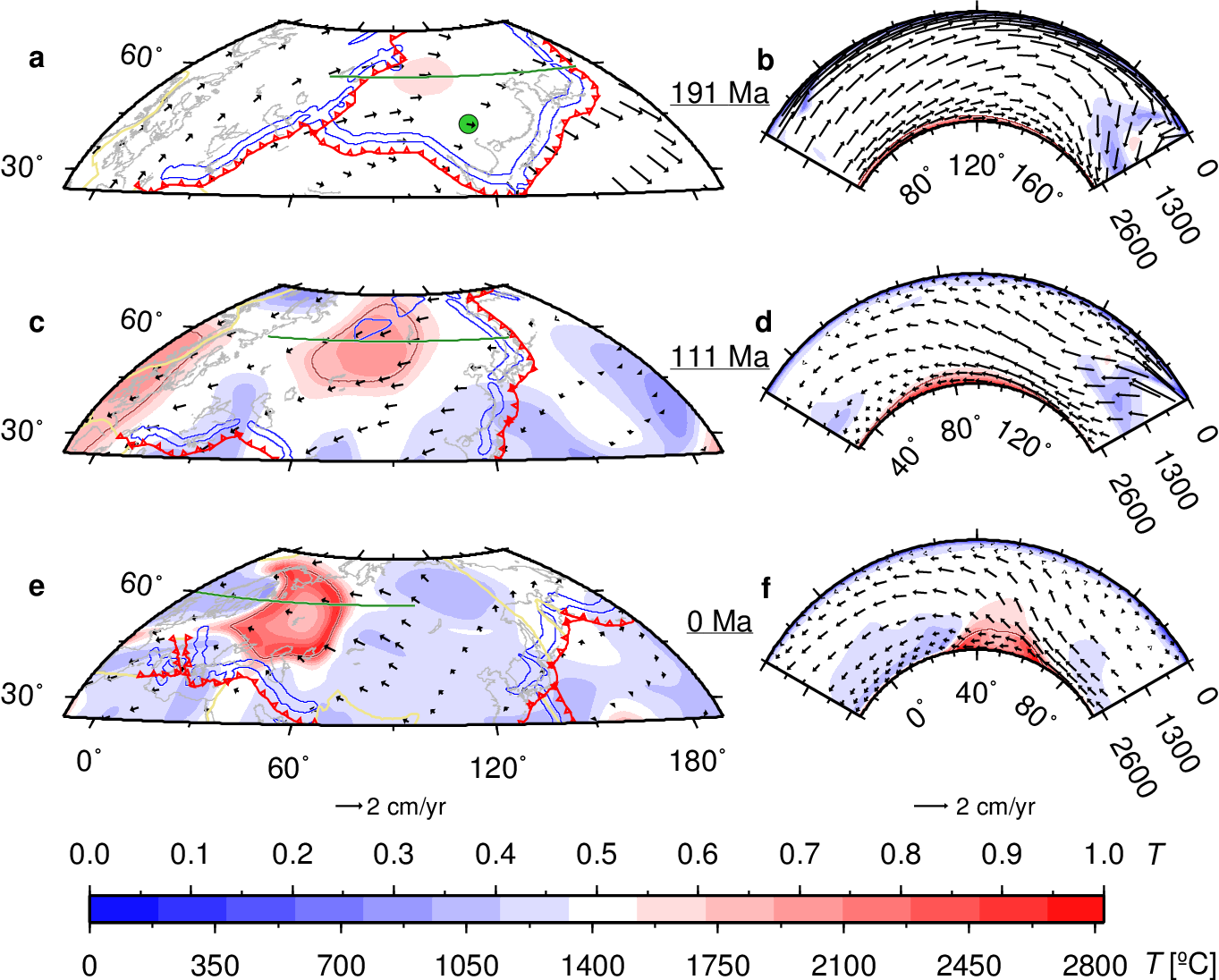 A collaboration between the University of Wollongong, the EarthByte Group at the University of Sydney, the California Institute of Technology and ETH Zürich have solved the mystery of the formation of a recently discovered structure 2,500 km below the city of Perm in Russia.

Earth’s lowermost rocky mantle, just above its iron-rich core, is characterised by two giant hot upwellings under the Pacific Ocean and Africa. Many islands in the Pacific and around Africa owe their volcanic activity to “hotspots” within these large, hot regions deep underneath the surface.

In 2012, a team of seismologists discovered a feature 15 times smaller, that they called the Perm Anomaly because of its location. Until now no one knew how this hot, rising deep mantle structure formed.

A research team spearheaded by Dr Nicolas Flament from the University’s School of Earth and Environmental Sciences used high performance Virtual Earth simulations to investigate the origins of the Perm Anomaly.

Over Earth’s history or ‘geological time’ the mostly solid mantle is continuously stirred by old, cold tectonic plates sinking into the deep mantle. The motion of these falling slabs of cold rock sweeps aside hot rock at the core mantle boundary, forming large piles of less dense material rising towards the surface.

Earth’s main network of subduction zones, the circum-Pacific “Ring of fire”, has shaped the two main hot mantle upwellings under Africa and the Pacific. The team discovered that the smaller Perm Anomaly also formed within a network of subduction zones – but these were part of an ocean separating Russia from China and Mongolia in the Triassic and Jurassic Periods when dinosaurs still roamed the Earth.

Cold subducting tectonic plates acted as a giant cookie-cutter in forming the Perm Anomaly 2,500 km under Asia more than 150 million years ago. At the end of the Jurassic Period, the so-called Mongol-Okhotsk Ocean entirely disappeared within Earth’s mantle as Siberia collided with Asia. After this, the Perm Anomaly was pushed 1,500 km westward by the sweeping effect of subduction east of Asia continuing to this day.

“These are exciting times for the mapping of the underworld”, said Nicolas Flament. “The hot piles at the bottom of the mantle cover a similar area of the Earth as the continents, and we just explained the formation of a recently-discovered lone structure about a third of the size of Australia. Who knows what is left to be discovered deep under our feet?”

The team’s findings have been published in Nature Communications.