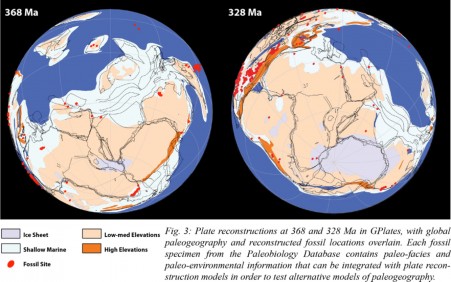 Project Summary
Continents and sedimentary basins through time record fundamental Earth system cycles, reflecting environmental change, migration of fauna and flora and shifting coastlines. It was originally thought that successive advances and retreats of shallow inland seas mainly reflect global sea level variations (eustasy). It is now well known in principle that large-scale surface morphology such as the high topography of the East African Rift, the low-lying Amazon River Basin and the southwest to northeast tilt of the Australian continent are strongly controlled by processes deep within the Earth, but progress has been slow in quantifying the magnitude and time-dependence of these relationships. Advances in simulation and modelling have bolstered the view that the convecting mantle may indeed play a profound role in driving the evolution of sedimentary basins and continental interiors, in addition to smaller-scale structural reactivation that may rather be related to changes in plate boundary forces and intraplate stress fields through time.

The overarching aim of this project is to understand the deep-seated driving forces of large-scale topographic change, providing new, dynamically self-consistent, global-scale models of the Earth’s subduction history, deep plume sources and dynamic topography. By fusing geological observations with geodynamic models through space and time we seek to answer three key questions: