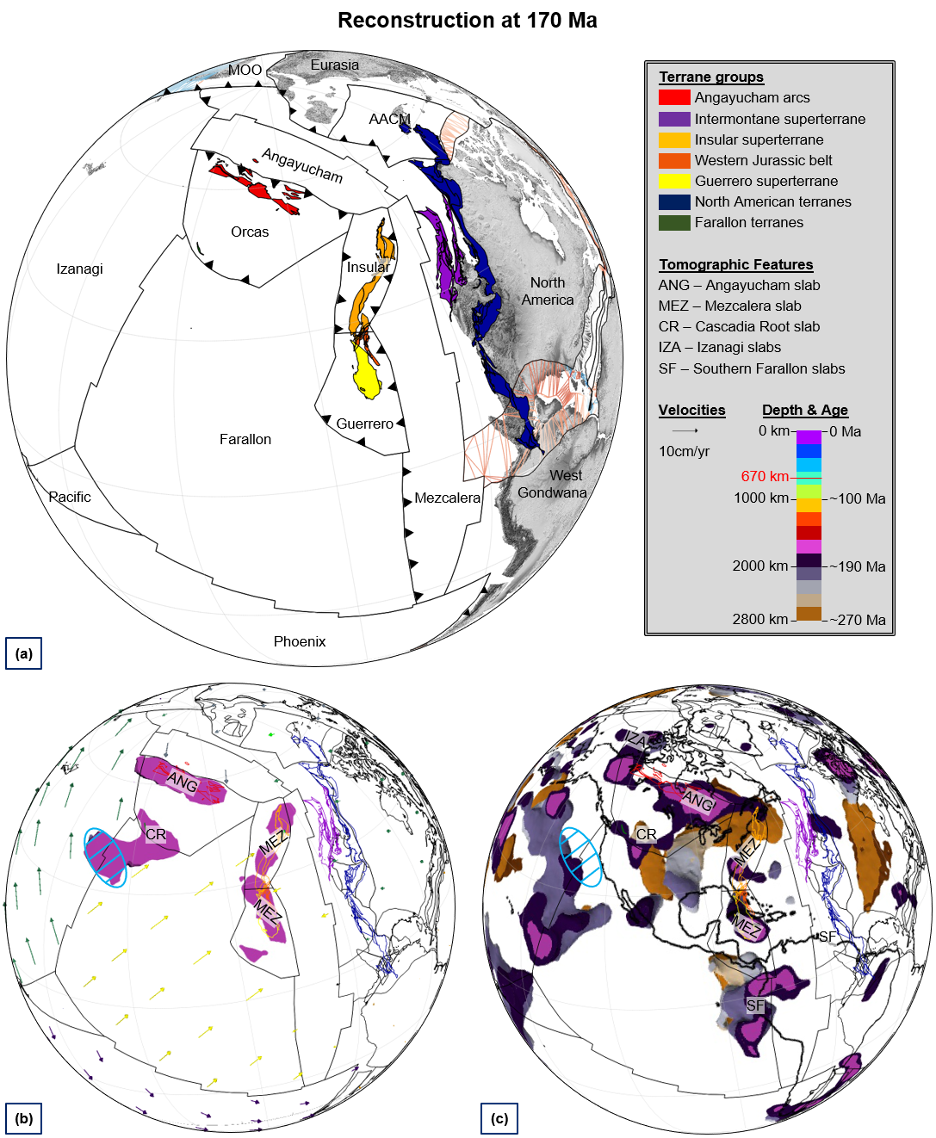 Abstract: Plate reconstructions since the breakup of Pangaea are mostly based on the preserved spreading history of ocean basins, within absolute reference frames that are constrained by a combination of age-progressive hotspot tracks and palaeomagnetic data. The evolution of destructive plate margins is difficult to constrain from surface observations as much of the evidence has been subducted. Seismic tomography can directly constrain palaeo-trench locations by imaging subducted lithosphere in the mantle. This new evidence, combined with the geological surface record of subduction, suggests that several intra-oceanic arcs existed between the Farallon Ocean and North America during late Mesozoic times – in contrast to existing quantitative models that typically show long-lived subduction of the Farallon plate beneath the continental margin. We present a continuously closing plate model for the eastern Pacific basin from 170 Ma to present, constrained using ‘tomotectonic analysis’ – the integration of surface and subsurface data. During the Middle to Late Jurassic, we show simultaneous eastward and westward subduction of oceanic plates under an archipelago composed of Cordilleran arc terranes. As North America drifts westward, it diachronously overrides the archipelago and its arcs, beginning in the latest Jurassic. During and post-accretion, Cordilleran terranes are translated thousands of kilometers along the continental margin, as constrained by palaeomagnetic evidence. Final accretions to North America occur during the Eocene, ending ~100 million years of archipelago override. This model provides a detailed, quantitative tectonic history for the eastern Pacific domain, paving the way for tomotectonic analysis to be used in other palaeo-oceanic regions.