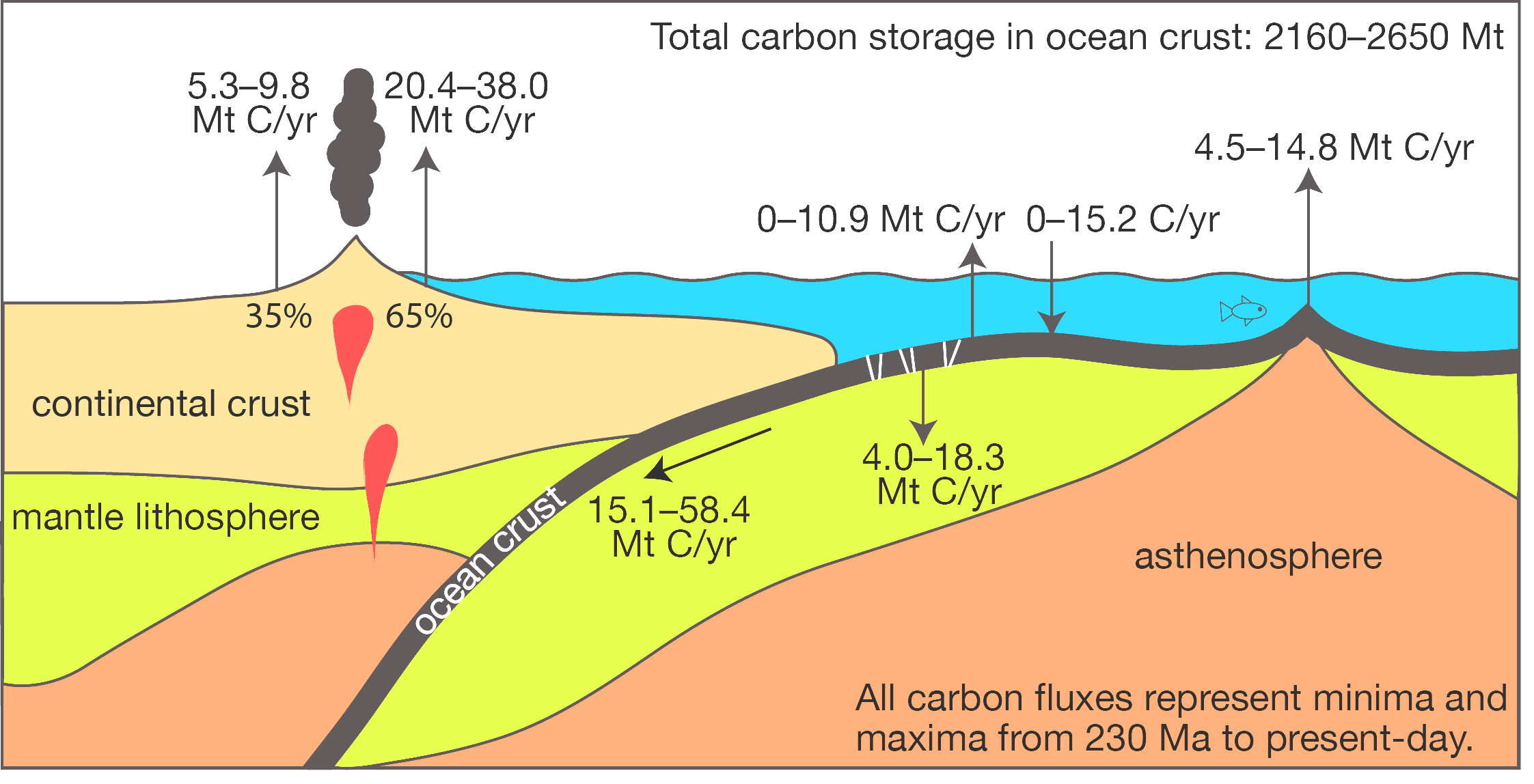 A previously unknown connection between geological atmospheric carbon dioxide cycles and the fluctuating capacity of the ocean crust to store carbon dioxide has been uncovered by two geoscientists from the University of Sydney.

Prof Dietmar Müller and Dr Adriana Dutkiewicz from the Sydney Informatics Hub and the School of Geosciences report their discovery in the journal Science Advances.

Many of us are familiar with the Slow Movement philosophy, which includes slow living, slow cooking, slow fashion, and even slow TV. But most of us would not have heard of the slow carbon cycle, which is about the slow movement of carbon between the solid Earth and the atmosphere.

One idea is that when atmospheric carbon dioxide rises, the weathering of continental rock exposed to the atmosphere increases, eventually drawing down carbon dioxide and cooling the Earth again.

Less well-known is that weathering exists in the deep oceans too. Young, hot, volcanic ocean crust is subject to weathering from the circulation of seawater through cracks and open spaces in the crust. Minerals such as calcite, which capture carbon in their structure, gradually form within the crust from the seawater.

Recent work has shown that the efficiency of this seafloor weathering process depends on the temperature of the water at the bottom of the ocean—the hotter it is, the more carbon dioxide gets stored in the ocean crust.

Prof Müller explains: “To find out how this process contributes to the slow carbon cycle, we reconstructed the average bottom water temperature of the oceans through time, and plugged it into a global computer model for the evolution of the ocean crust over the past 230 million years. This allowed us to compute how much carbon dioxide is stored in any new chunk of crust created by seafloor spreading.”

Dr Dutkiewicz adds: “Our plate tectonic model also allows us to track each package of ocean floor until it eventually reaches its final destination—a subduction zone. At the subduction zone, the crust and its calcite are recycled back into the Earth’s mantle, releasing a portion of the carbon dioxide into the atmosphere through volcanoes.”