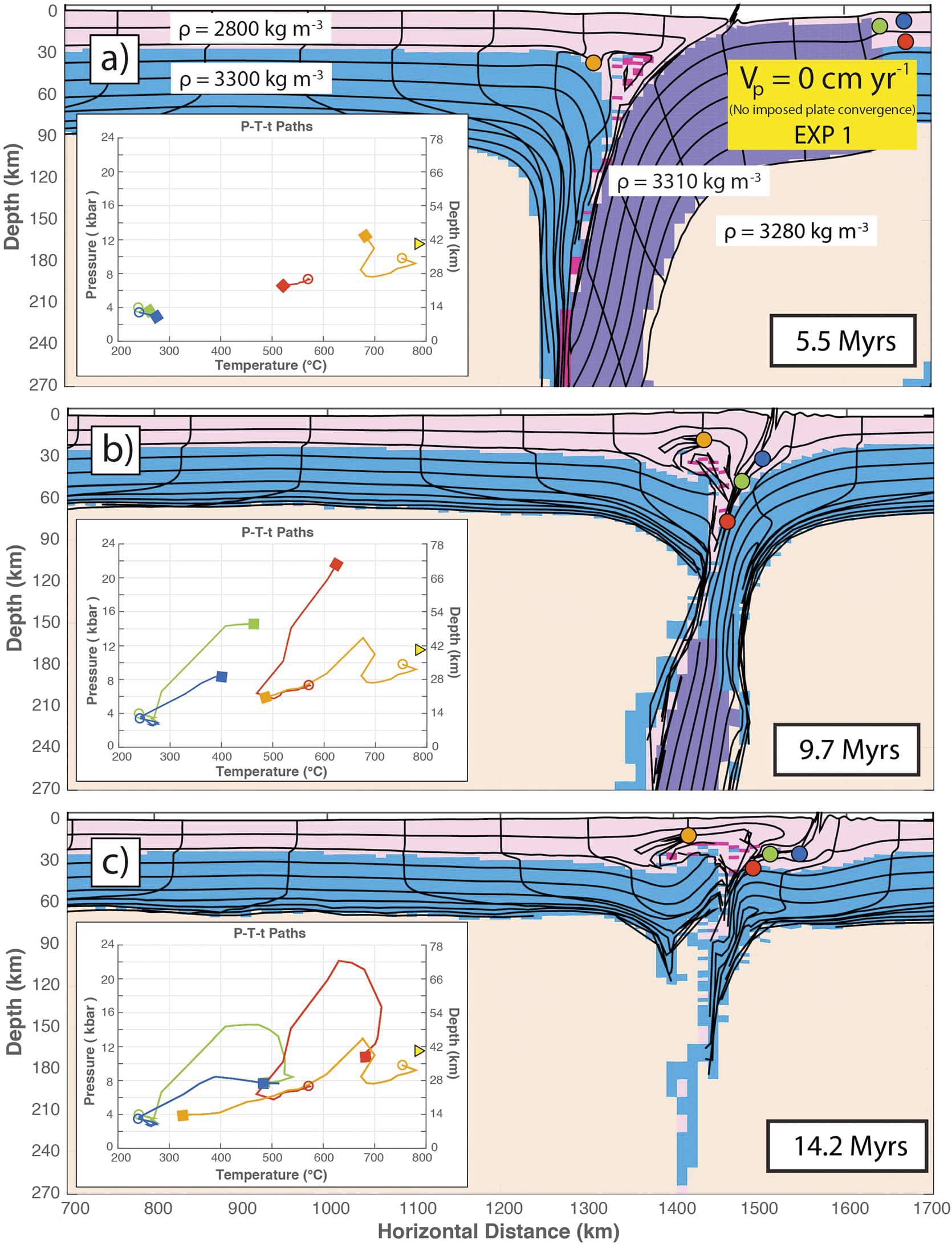 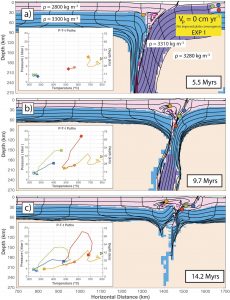 In a recent paper in JGR-Solid Earth, EarthByter Ömer Faruk Bodur and colleagues show that mantle lithosphere rheology has a primary control on the subduction style (i.e., one-sided vs. double-sided subduction) and strongly affects the pressure-temperature conditions of metamorphic rocks that can be buried >100 km depth and exhume to the surface! This long journey of the rocks during the burial phase occurs at relatively lower temperatures if continental mantle lithosphere rheology is relatively weak. In that case, crustal rocks can be buried down to 70 km depth and are encased in double-sided subducting mantle lithosphere which keeps them at moderate temperatures. Once the vertical forcing of the mantle lithosphere is strong enough, it drips and the buried rocks exhume to the near surface by the force release. This is quite different from typical one-sided plate subduction scenario. The P-T predictions apply well to high-pressure/low-temperature metamorphic terrane in Western Anatolia. They also model conventional one-sided plate-subduction and get ultra-high pressure/high-temperature exhumation which is in good agreement with major UHP terranes such as the western Himalayas, the western Alps and eastern China. This work is based on a collaboration between the School of Geosciences, University of Sydney, with the Eurasia Institute of Earth Sciences in Istanbul Technical University and the University of Toronto.

The publication can be accessed through the following link:
https://www.researchgate.net/publication/322625696_Mantle_lithosphere_rheology_vertical_tectonics_and_the_exhumation_of_UHP_rocks