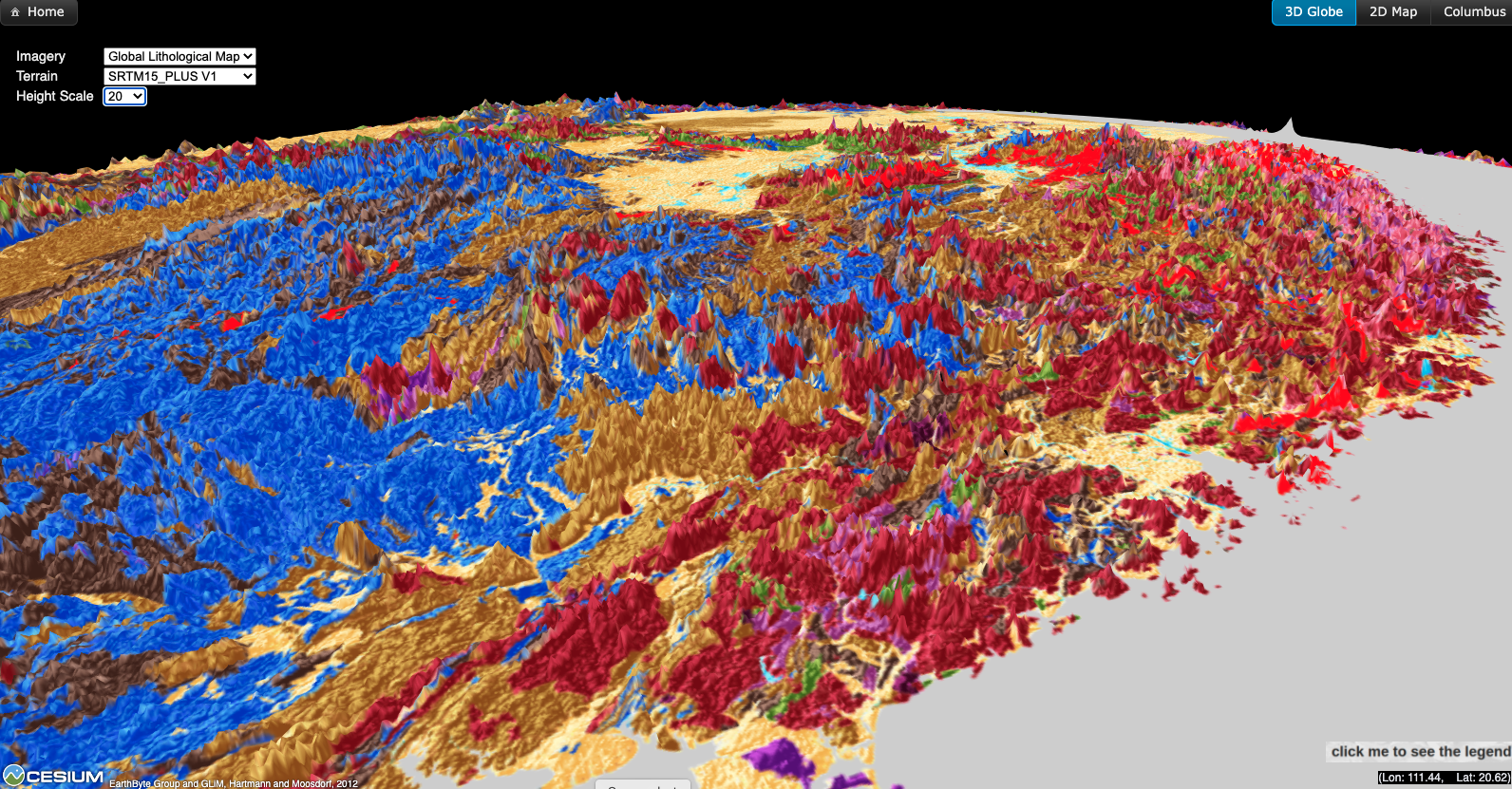 Most massive volcanic eruptions on Earth are caused either by mantle plumes, deep-seated cylindrical upwellings originating deep in Earth’s mantle, or are part of the volcanic “ring of fire” above subduction zones where oceanic plates are recycled back into the mantle. But some volcanism on continents doesn’t neatly fit into this scheme, including the widespread largely extinct volcanoes found in eastern Australia and Zealandia, which appear to be only indirectly linked to subduction. The magma which fed these volcanoes seems to have its origin in the mantle transition zone at depths of about 400 to 500 kilometres, as suggested in a recent paper by EarthByter Ben Mather and co-authors. But Australia and Zealandia aren’t the only places where such enigmatic volcanism occurs.  A quick glance at the AuScope-supported GPlates Portal lithology globe shows that large swathes of eastern Eurasia are littered with intraplate volcanic and plutonic rocks. An Earthbyte team has built geodynamic mantle flow models constrained by alternative plate tectonic models, and compared the predicted mantle flow and slab geometry with the surface magmatism. The mantle flow models predict that upper mantle upwellings occurred beneath eastern China in the Jurassic, triggered by subducting slabs. Read more on Geo-Down-Under and download the paper by Cao, Flament, Li and Müller entitled Spatio-temporal evolution and dynamic origin of Jurassic-Cretaceous magmatism in the South China Block here.