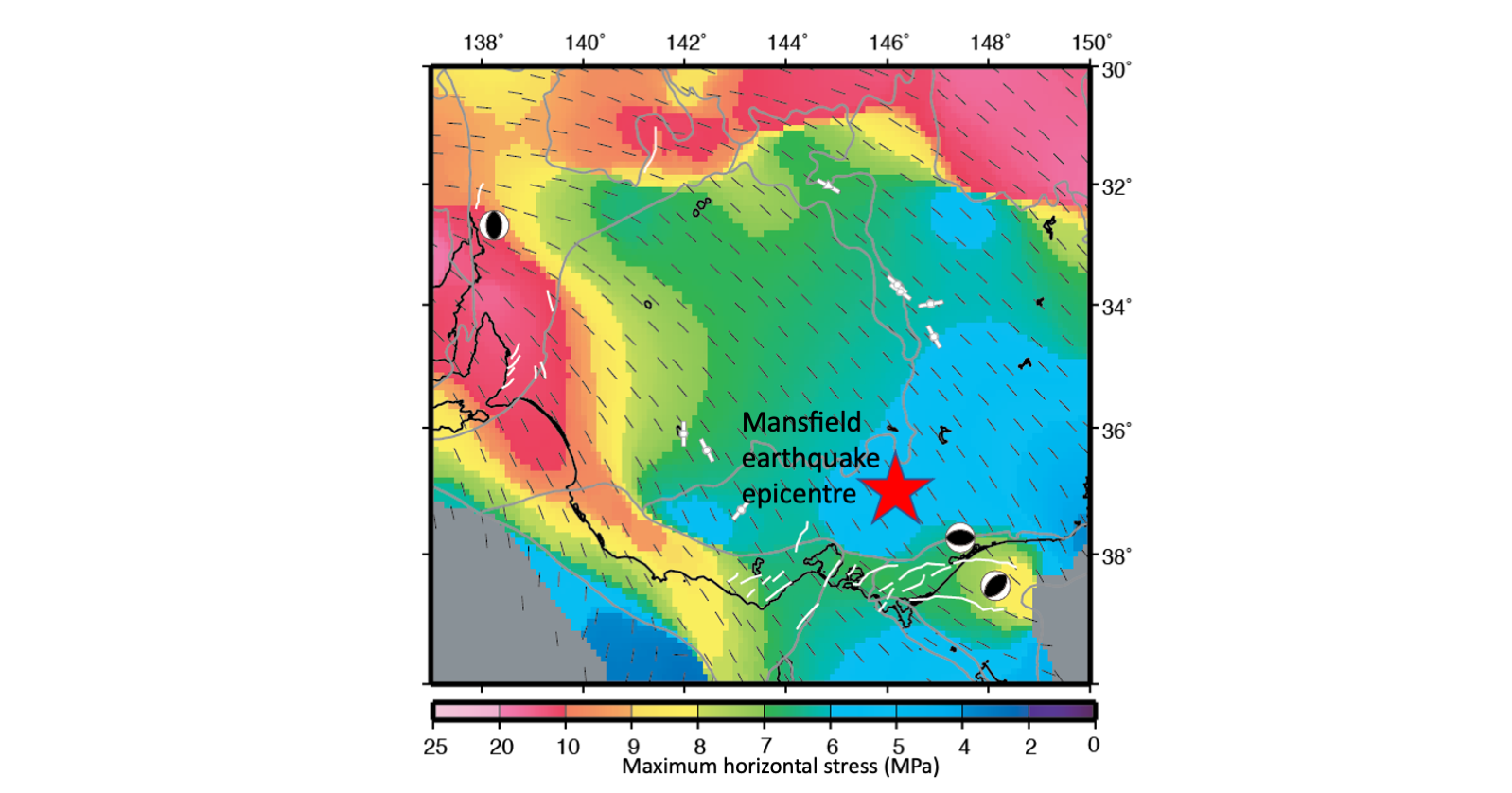 Forces acting along the edges of tectonic plates, particularly compressive forces caused by plate convergence and orogeny, propagate into the interior of plates and cause deformation within continents. Forces acting on the edges of plates include compressive forces due to plate collisions and mountain building, so-called “ridge push” forces caused by the excess gravitational potential energy of mid-ocean ridges that are elevated above abyssal plains by several kilometers, as well as extensional forces found along some subduction zones. 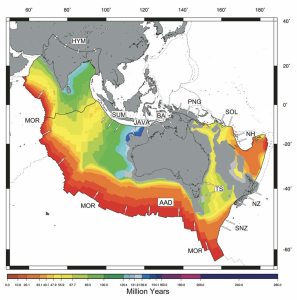 Sketch of forces applied along plate boundaries of the Indo-Australian Plate. Colours denote the age of the ocean crust. The oceanic crustal age gradients are important in this context because mid-ocean ridges surrounding Australia contribute compressive horizontal forces in addition to compressive forces due to plate collisions along the Himalayas, Papua New Guinea and New Zealand. The magnitude of this force depends on the age and elevation gradient of the ocean crust.

Continental crust has been formed over hundreds of millions of years, sometimes billions of years, and is a heterogeneous amalgamation of different blocks and terranes separated by sutures which can be reactivated again and again through time, causing faulting and earthquakes. Compressive stress in the crust in southeast Australia is NW-SE oriented, crossing many regional faults obliquely and causing fault reactivation and occasional tremors, like the recent Mansfield earthquake. An oblique NNE-ward view of the Australian isostatic gravity grid from the GPlates Portal (below) highlights crustal discontinuities. The gravity anomaly grid is overlain over a digital elevation model, with the epicentre of the Mansfield earthquake highlighted by a star. The undulations in the gravity anomalies, illustrated by warmer versus cooler colours below, bring out a number of crustal discontinuities in the vicinity of the earthquake, ranging from NW-SE to N-S trending.  These structures are candidates for reactivation and earthquake occurrence. 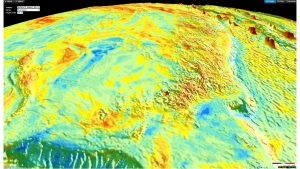 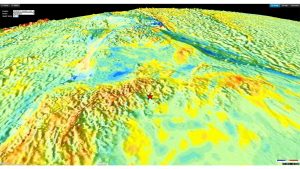 A detailed view of faults crossing parts of Victoria has been provided by Dickinson et al. (APPEA Journal, 2001). Their map (below) includes the N-S trending structures which are also visible (albeit in much less detail) in gravity anomaly maps. 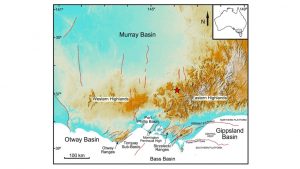 Convergence speed along the southern portion of the Pacific-Australia plate boundary increased twofold after 6 million years ago and caused accelerated mountain building in the Southern Alps of New Zealand.  These compressive forces acting on the eastern edge of the Australian Plate caused horizontal stress magnitudes in eastern Australia to grow in response. We have used a computer model to simulate the entire stress field of the Indo-Australian plate, including all edge forces as well as large-scale internal heterogeneities of the plate. The map shows how Australia is caught in a giant three-pronged vise, with major compressive stress points along the plate’s edges caused by the India-Aurasia collision, the collision along Papua New Guinea, and the Southern Alps in New Zealand. These compressive forces, together with mid-ocean ridges contributing to intraplate compression as well, interact with mechanically strong and weak elements of the Australian continent to generate the stress field we observe. In turn, this stress field causes reactivation of ancient faults, and a build up of elastic strain which is released every now and then as earthquakes. 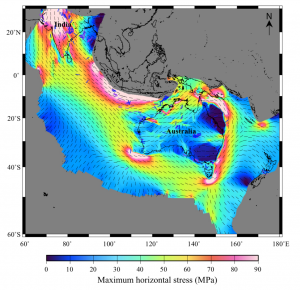 Maximum horizontal compressive stress magnitudes with stress orientation shown as thin black lines.  The map illustrates the complexity of the intraplate stress field, as a variety of edge forces and intraplate inhomogeneities interact to modulate the magnitude and direction of the stress field. 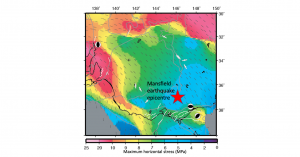 Our modelled NW-SE orientated intraplate stress field in SE Australia (Dyksterhuis and Müller, 2008, 2017, and Müller et al., 2012) is supported by observations of continued growth on northeast trending anticlines in the region with up to 1km of exhumation or more in the Gippsland and Otway Basins in the last 15 million years, reflecting growing intraplate compression. The same process also caused widespread reverse faulting in the Otway and Gippsland basins (King et al., 2012). A combination of seismological data with numerical models and other geophysical and geological data constraining the nature of faults can be used to understand intraplate earthquakes.