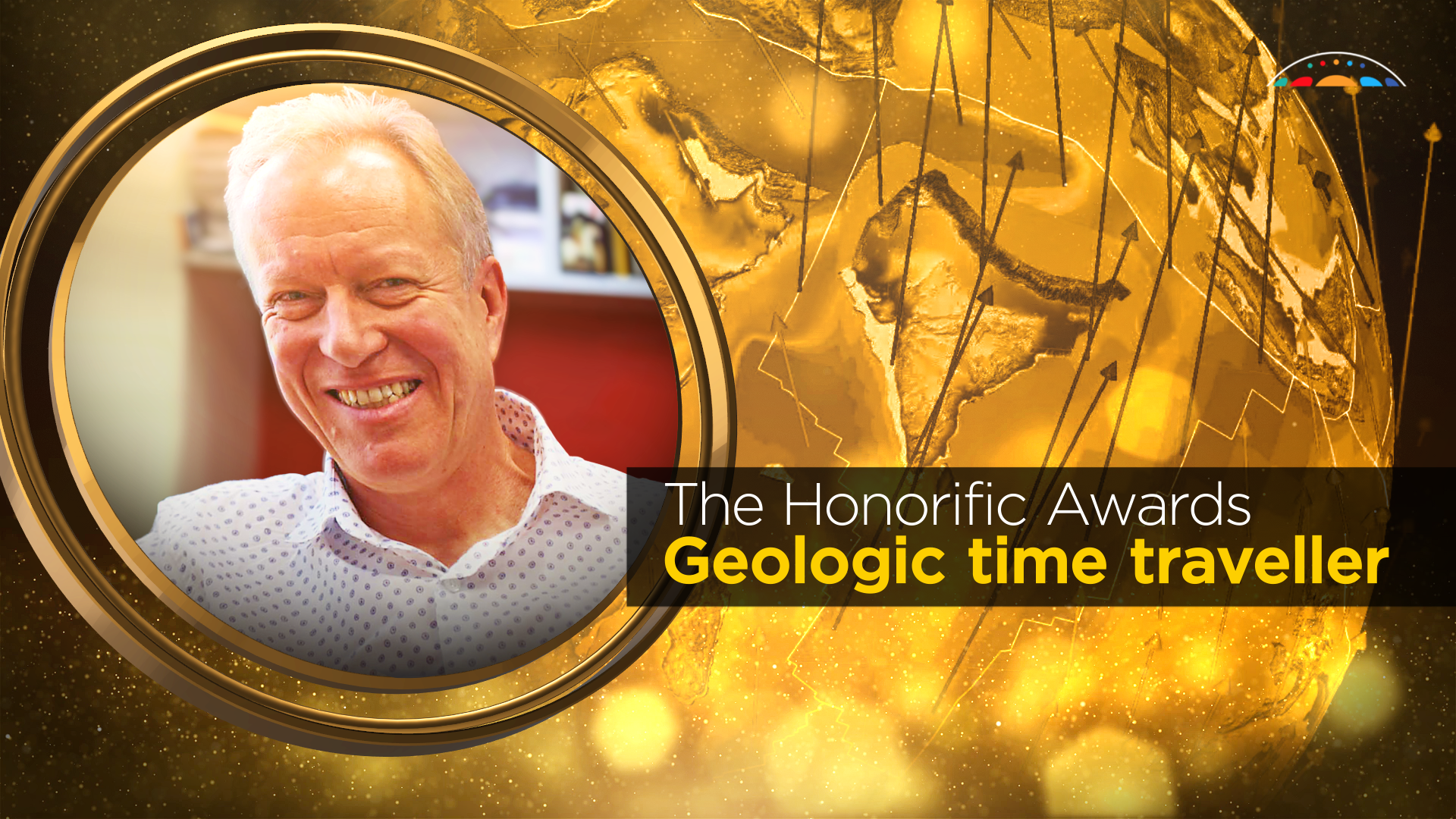 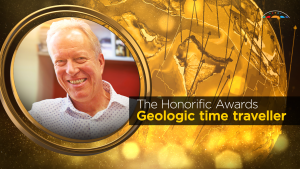 Australian Academy of Science honours Dietmar Müller with the Jaeger Medal for lifelong achievement, which recognises research on the Earth or its oceans carried out in Australia or with a connection to Australian Earth science.

Prof Dietmar Müller has been awarded the Jaeger medal of the Australian Academy of Science.  The award recognises his lifelong passion and innovations in building a deep time travel machine, a virtual laboratory to see deep into the Earth in four dimensions, through space and time.

He said: “I have a fascination with geology because it puts life into a perspective far beyond our everyday experiences. Geology reminds us that the current version of the world as we know it is ephemeral, but firmly connected to past and future worlds.”

His EarthByte Group reconstructs the Earth as a system in which the slow convective churning of the deep Earth’s mantle is connected to moving continents and ocean basins, which are like biscuits floating on a warm toffee ocean.  These reconstructions give us a framework to explore for Earth’s mineral and energy resources and to understand past climates, landscapes and ocean circulation.

He was inspired to become a scientist by taking long walks along Germany’s Baltic Sea beaches as a kid, picking up unusual rocks and fossils along the way, none of which really belonged there.  They had all originated in Scandinavia, where they had been scraped off by moving glaciers and dropped much further south after being transported in the ice over 1000 km.  He still has a small collection of these rocks and fossils which include remains of sea urchins and squids from the Cretaceous period and over 400 million year old pieces of ancient reefs that had once been buried kilometers deep in the Scandivanian crust.

“All these rocks tell us stories about past worlds. The age of big data and artificial intelligence now allows us to use computers to decipher much better what these rocks can tell us, and even to predict the future. Our interactive models and visualisations of the Earth’s dynamic history are shared with the community. They help us get a sense of geological time and why we need to think far beyond a human lifetime to understand possible future paths of the Earth, and to keep it habitable.”

If you would like to to read more, check out the news piece on the USyd website.