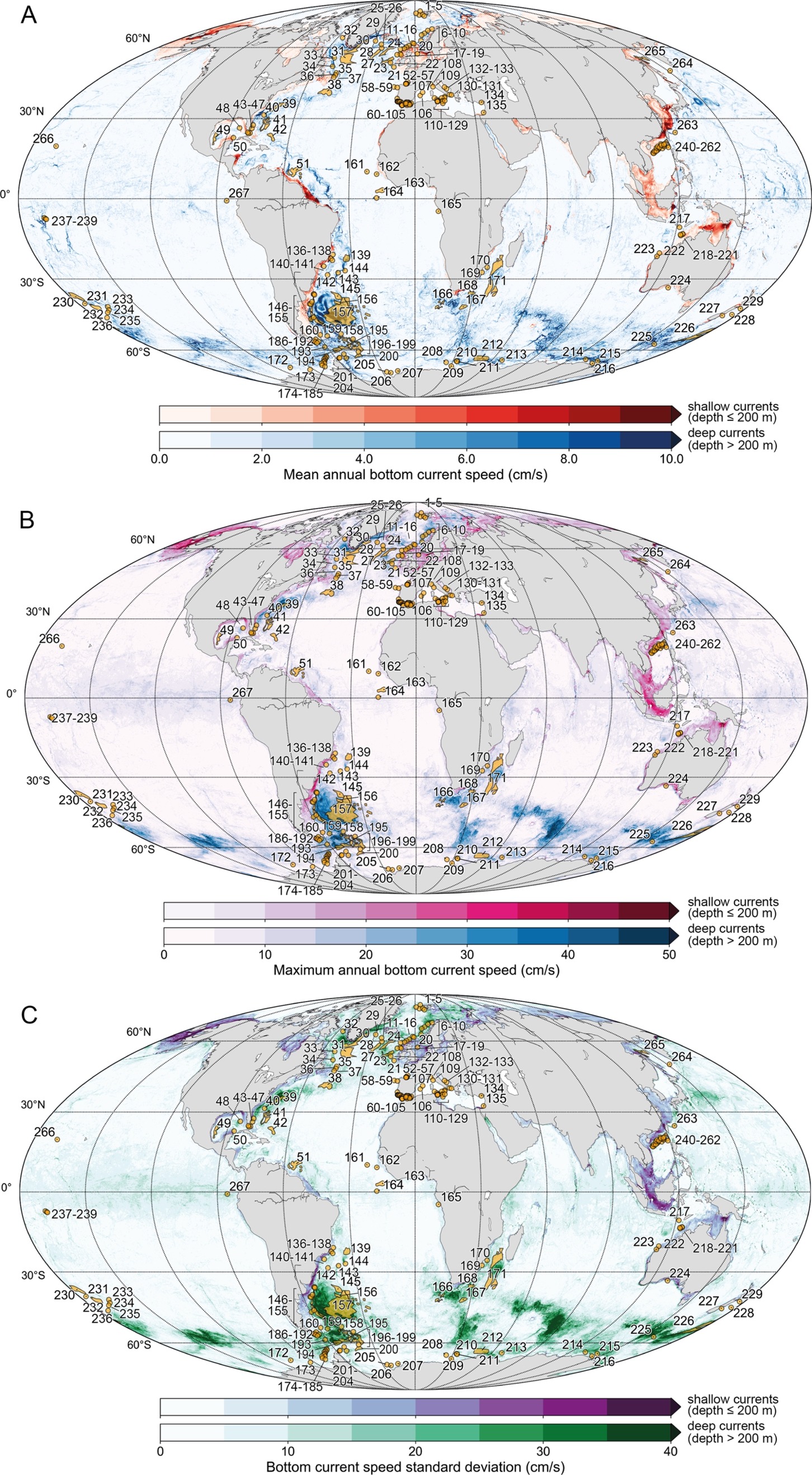 Contourite drifts are anomalously high sediment accumulations that form due to reworking by bottom currents. Due to the lack of a comprehensive contourite database, the link between vigorous bottom water activity and drift occurrence has yet to be demonstrated on a global scale. Using an eddy-resolving ocean model and a new georeferenced database of 267 contourites, we show that the global distribution of modern contourite drifts strongly depends on the configuration of the world’s most powerful bottom currents, many of which are associated with global meridional overturning circulation. Bathymetric obstacles frequently modify flow direction and intensity, imposing additional finer-scale control on drift occurrence. Mean bottom current speed over contourite-covered areas is only slightly higher (2.2 cm/s) than the rest of the global ocean (1.1 cm/s), falling below proposed thresholds deemed necessary to re-suspend and redistribute sediments (10–15 cm/s). However, currents fluctuate more frequently and intensely over areas with drifts, highlighting the role of intermittent, high-energy bottom current events in sediment erosion, transport, and subsequent drift accumulation. We identify eddies as a major driver of these bottom current fluctuations, and we find that simulated bottom eddykinetic energy is over three times higher in contourite-covered areas in comparison to the rest of the ocean. Our work supports previous hypotheses which suggest that contourite deposition predominantly occurs due to repeated acute events as opposed to continuous reworking under average-intensity background flow conditions. This suggests that the contourite record should be interpreted in terms of a bottom current’s susceptibility to experiencing periodic, high-speed current events. Our results also highlight the potential role of upper ocean dynamics in contourite sedimentation through its direct influence on deep eddy circulation.

The paper and related supplementary materials can be accessed by clicking here.