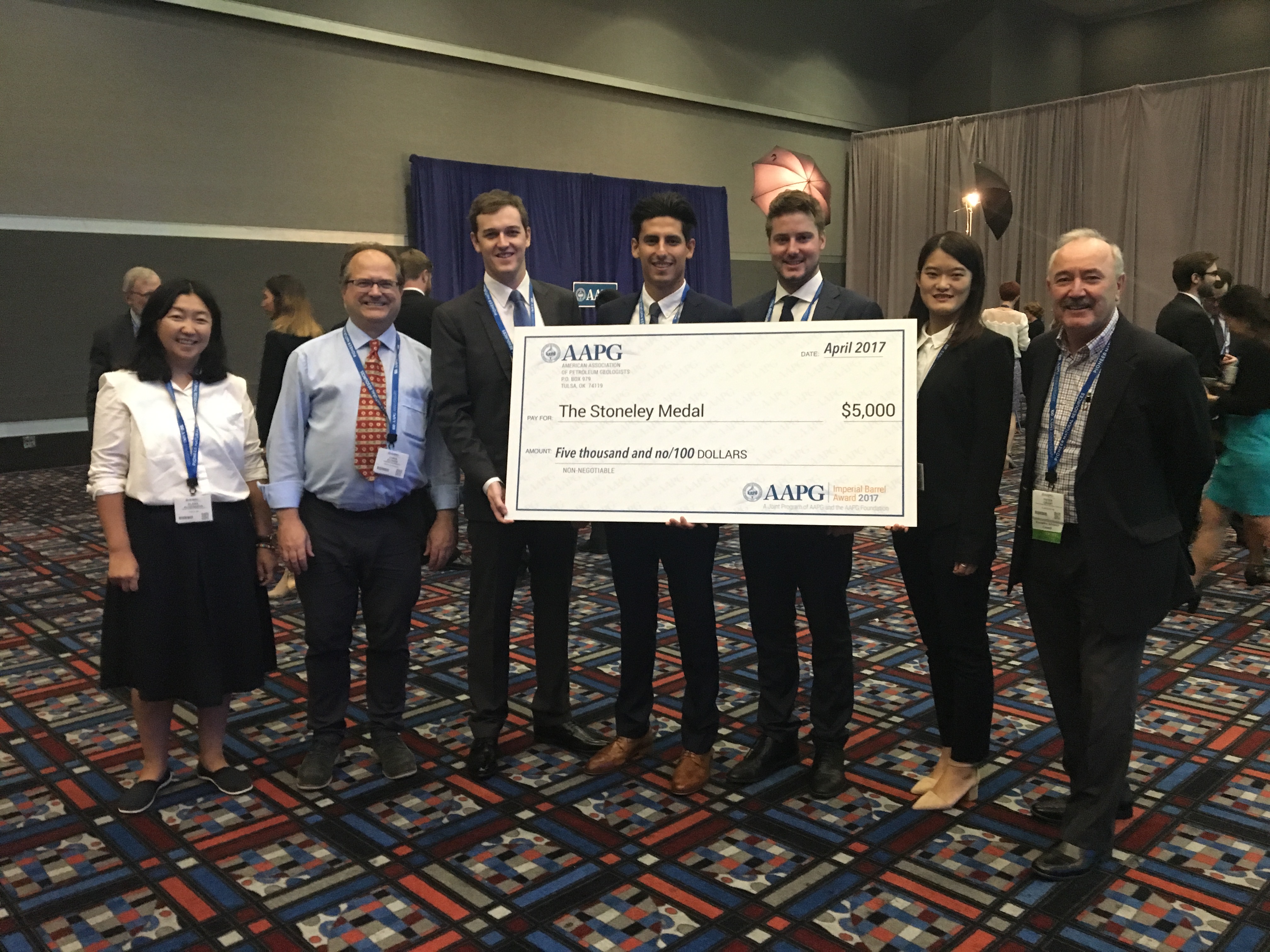 A team of students from the WA School of Mines, Curtin University, has picked up the bronze medal in the American Association of Petroleum Geologists (AAPG) Imperial Barrel Award competition in Houston, Texas.

The Imperial Barrel Award (IBA) is an annual competition for geoscience graduate students from universities around the world, simulating the exploration work undertaken by geologists and geophysicists in the oil industry.

The team of Kirk Gilleran, Mike Maher, Jerome Paz, Jiaojing Bi and Elena Alganaeva were awarded the Stonely Medal, and US$5000, for finishing third in the competition.

Chevron Professor of Petroleum Geology within the Department of Applied Geology, Chris Elders, who travelled with the team, said the group received their award at a glittering awards ceremony in Houston on Sunday evening.

“The team placed third after giving an outstanding presentation on their evaluation of the hydrocarbon prospectivity of the Taranaki Basin to a team of judges from Chevron, Shell, Saudi Aramco, Anadarko, ExxonMobil and Schlumberger,” Professor Elders said.

“Twelve teams – from Canada, the US, Nigeria, Hungary, Columbia, Oman and Australia – made the final out of 60 that took part in the competition worldwide.”

Second place went to Eotvos Lorand University in Hungary, with first place awarded to the home team from the University of Houston.

The team won the right to compete in Houston after winning the Asia Pacific Region heat of the competition – the second time Curtin had won the Asia-Pacific competition in four years of competing.

“To see the team go on to do so well in the international finals is a great credit to the team, the Department of Applied Geology and Curtin’s reputation for Petroleum Geoscience,” Professor Elders said.