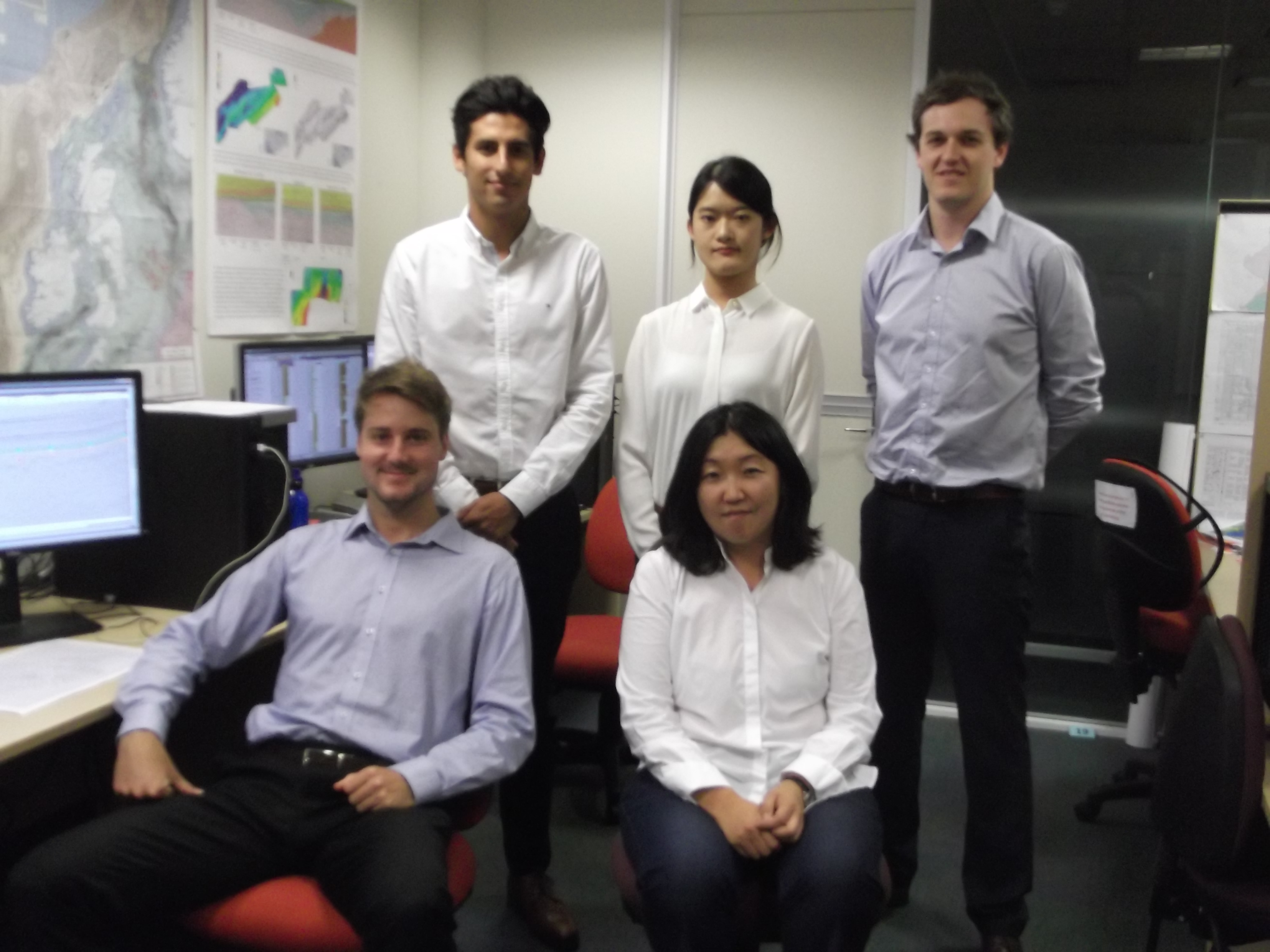 A team of Petroleum Geology honours and masters students from Curtin University has won the Asia Pacific heat of the American Association of Petroleum Geologist’s (AAPG) Imperial Barrel Award (IBA) competition. The IBA is an annual competition for geoscience graduate students from universities around the world which simulates work done by geologists and geophysicists in the exploration departments of oil companies. This year teams had eight weeks to evaluate seismic and well log data from the Taranaki Basin in New Zealand, and to come up with an analysis of the hydrocarbon potential of the basin before presenting their recommendations for further exploration activity to a group of senior oil industry professionals.

The team, comprising Elena Alganaeva, Jiaoying Bi, Kirk Gilleran, Mike Maher and Jerome Paz will now represent the Asia Pacific region in the international finals of the competition which will be held during the Annual Conference of the AAPG in Houston in April.

This is the second time Curtin has won the Asia-Pacific competition in four years of competing, also receiving two honourable mentions. Congratulations and best of luck to the team.