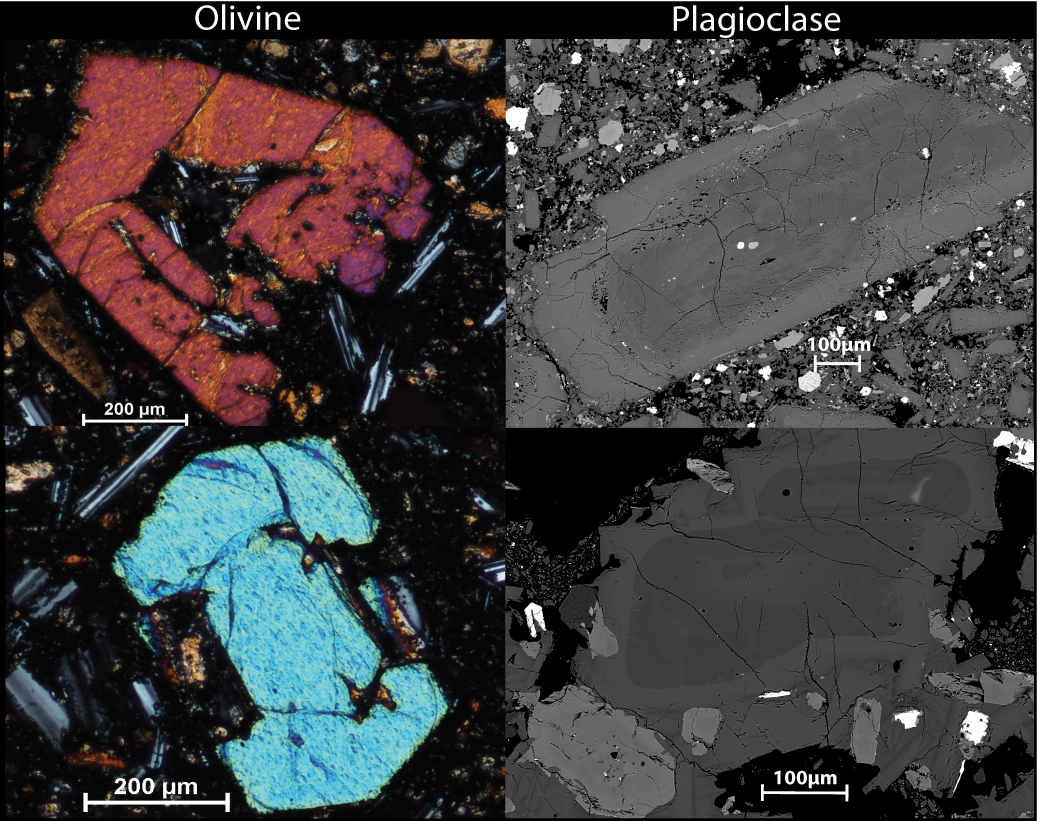 The next EarthByte seminar, presented by Macquarie University’s Rosa Didonna, will be held on Wednesday 18th May at 4pm (Sydney time). As usual, the seminar will be hosted via Zoom, at the following link: https://uni-sydney.zoom.us/j/84109085175. Further details are below:

Volcanic eruptions are both fascinating and dangerous phenomena on Earth. Billions of people live in cities built on volcanic areas, so understanding volcanic behaviours and the evolution of sub-volcanic magmatic systems are critical for mitigating volcanic hazards. Erupted rocks exhibit various types of texture and assemblage of crystals, which record the unique experiences in the plumbing system such as fractional crystallisation, magma mingling/mixing, assimilation and transport to the surface. These magmatic processes can be traced at macroscopic (e.g., inclusions in the host rock, banded pumice, and xenoliths) and microscopic scales (e.g., rock-forming mineral textures and compositional zoning patterns).

Soufrière Hills Volcano is an explosive subduction-zone volcano in the Caribbean Sea. It erupted last in 2010 after 15 years of volcanic activity, when the collapse of the eruptive column generated pyroclastic flows that destroyed the capital city of Plymouth. Diffusion modelling of magnesium in these plagioclase reveals timescales for magmatic interactions (basaltic andesite intrusion into the andesitic host) ranging from a few hours up to days prior to the eruption related to co-eruptive processes.

Waitomokia Volcano is a small-volume basaltic volcano in the intraplate Auckland Volcanic Field of the North Island of New Zealand. Olivine core compositions and zoning patterns within juvenile materials are produced during progressive eruption stages (from the initial phreatomagmatic to the final magmatic phase). We found that magma ascent from the mantle source to the surface is rapid, yet magma mixing has an essential role in this small-volume plumbing system.

These findings are important not only to unravel the hidden history of past volcanic eruptions, but also to support the interpretation of monitoring signal and to better define the times between unrest and future eruptions. 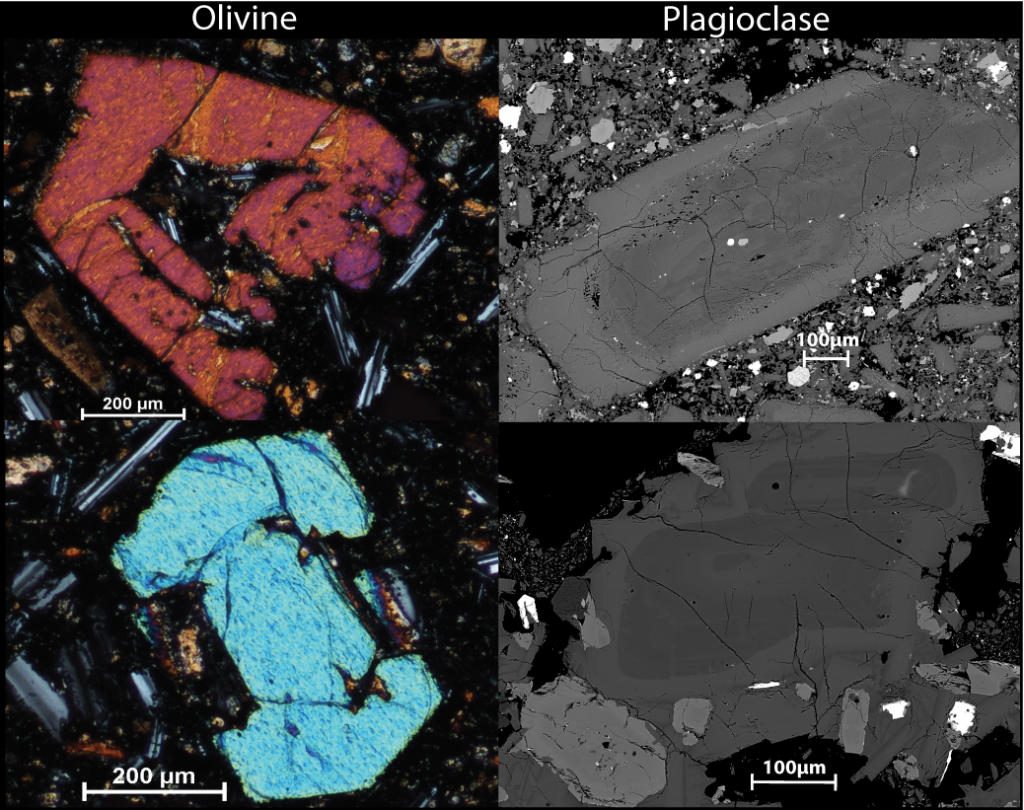