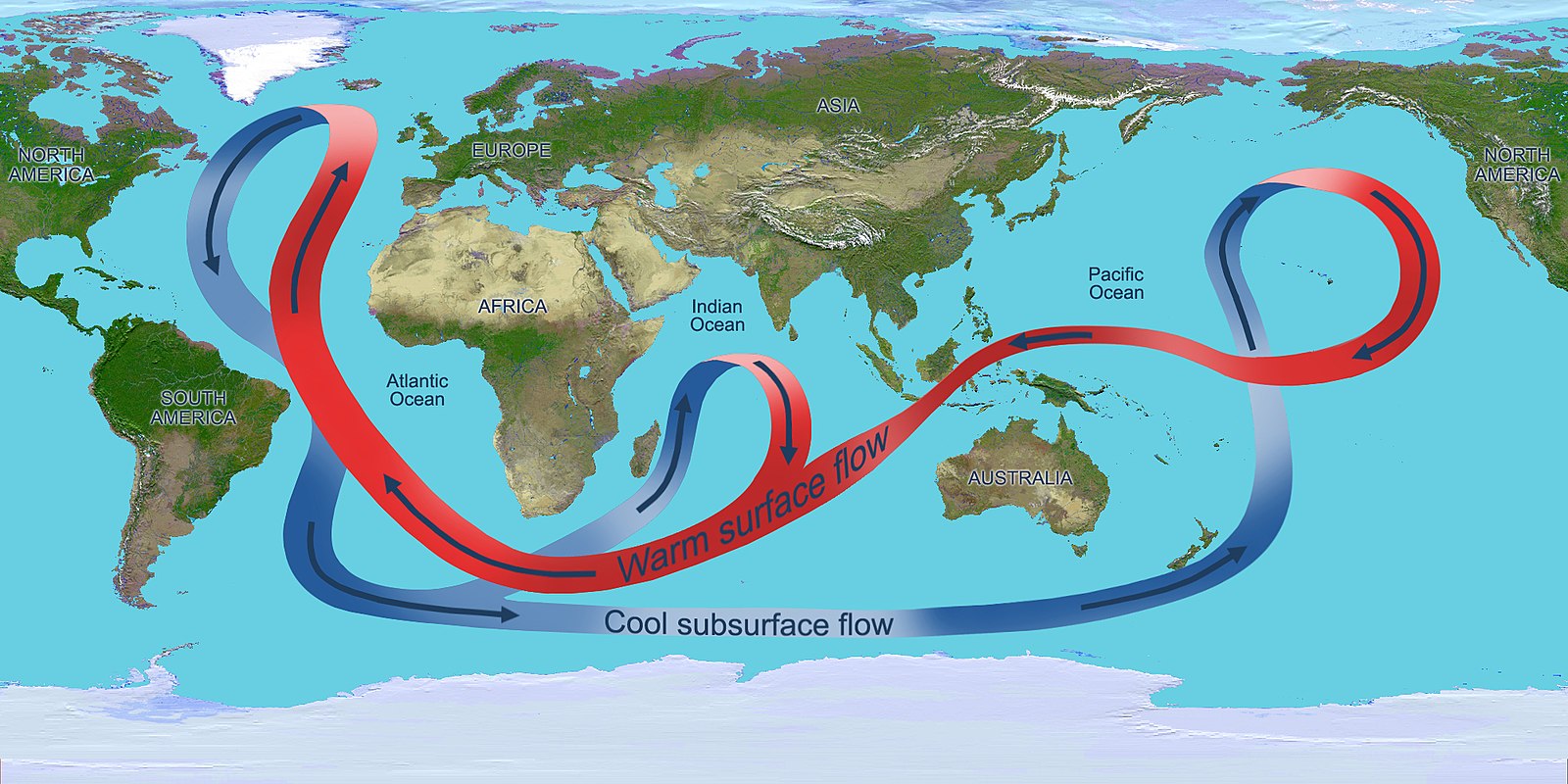 University of Sydney media release
University of Sydney scientists have used the geological record of the deep sea to discover that past global warming has sped up deep ocean circulation. This is one of the missing links for predicting how future climate change may affect heat and carbon capture by the oceans. 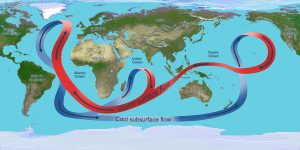 University of Sydney scientists have used the geological record of the deep sea to discover that past global warming has sped up deep ocean circulation.

This is one of the missing links for predicting how future climate change may affect heat and carbon capture by the oceans: more vigorous ocean currents make it easier for carbon and heat to be ‘mixed in’.

“So far, the ocean has absorbed a quarter of anthropogenic CO2 and over 90 percent of the associated excess heat,” said the study’s lead author, Dr Adriana Dutkiewicz from the EarthByte group in the School of Geosciences at the University of Sydney.

Microscopic marine organisms called plankton use this dissolved carbon to build their shells. They sink down to the seabed after they die, sequestering the carbon. These sedimentary deposits form the Earth’s largest carbon sink.

The authors note that climate observations and models have been used alternatively to argue that deep ocean circulation may be slowing down or speeding up during global warming. This inconsistency is a problem for modelling future climate trends and the new study, published today in the leading journal Geology, helps resolve this controversy.

“The satellite data typically used to inform ocean models only cover a few decades, leading to a poor understanding of longer-term ocean variability. This prompted us to look at the deep-sea geological record to decipher these changes,” Dr Dutkiewicz said.

Scientific ocean drilling data collected over half a century have generated a treasure trove from which to map deep sea currents. Dr Dutkiewicz and co-author Professor Dietmar Müller compiled data from more than 200 drill sites to map the deep-sea sedimentary record, which can indicate current speed.

“A break in sedimentation indicates vigorous deep-sea currents, while continuous sediment accumulation indicates calmer conditions,” Professor Müller said. “Combining these data with reconstructions of ocean basins has allowed geologists to track where and when these sediment breaks occurred.”

By contrast, during the ‘hothouse climate’ period immediately before that with global temperatures 3-4°C warmer than today, deep-ocean circulation was significantly more vigorous.

Another recent study, focused on the ocean floor around New Zealand, found that the production of seashells preserved as carbonate sediment was higher during ancient periods of climate warming, despite ocean acidification during those times.

Dr Dutkiewicz added: “Combining their results with ours leads us to conclude that warmer oceans not only have more vigorous deep circulation but are potentially also more efficient at storing carbon.”

Yet the authors cautioned that we need to better understand how the ocean’s capacity to store heat and carbon dioxide will be affected by future warming. “A more comprehensive analysis of the geological history of ocean basins is needed to verify this,” Dr Dutkiewicz said.

Declaration: This research was supported by the Australian Research Council Future Fellowship grant (FT190100829) and by AuScope.