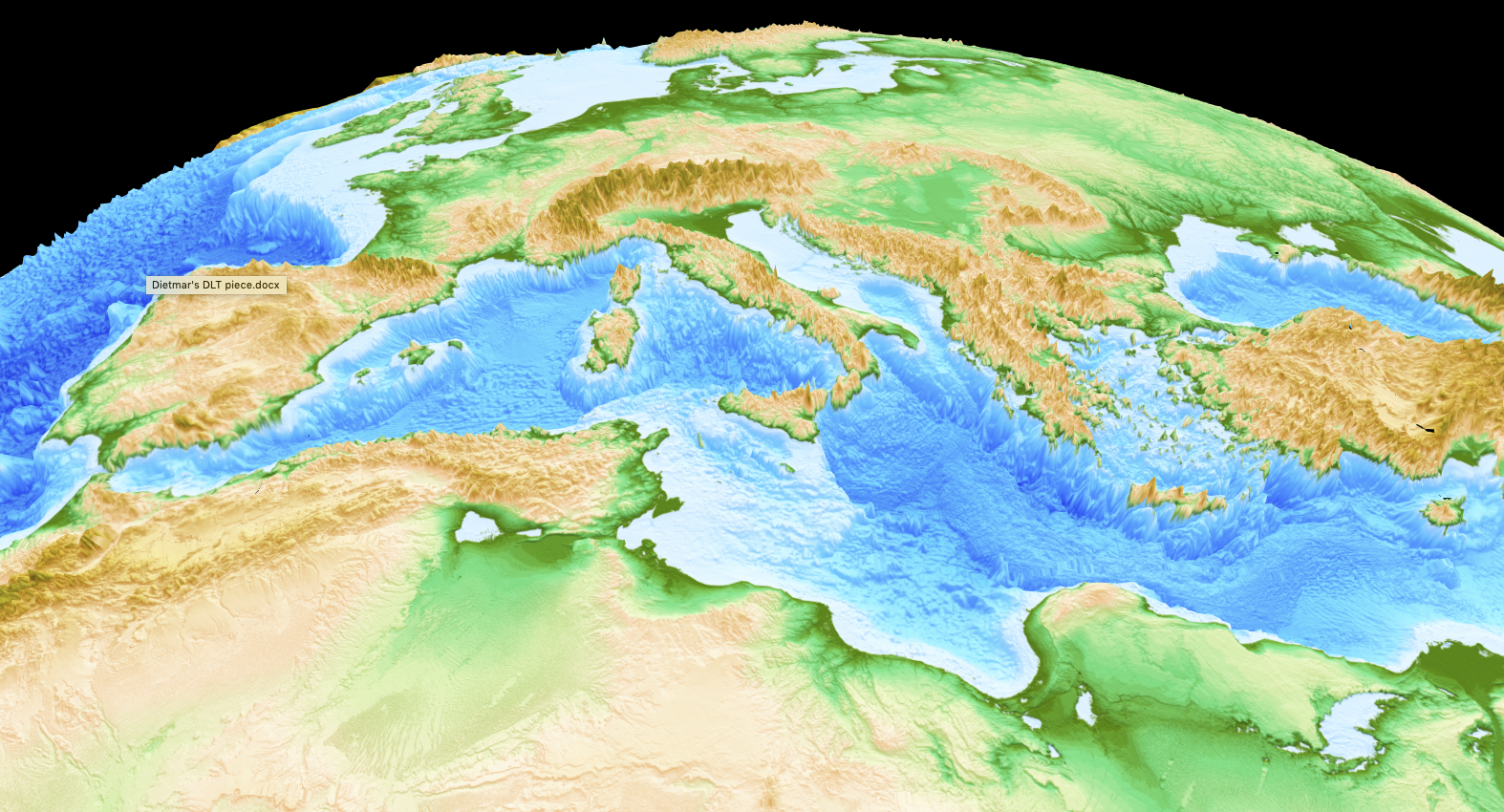 Assessing the size of a former ocean of which only remnants are found in mountain belts is challenging but crucial to understanding subduction and exhumation processes. Here we present new constraints on the opening and width of the Piemont–Liguria (PL) Ocean, known as the Alpine Tethys together with the Valais Basin. We use a regional tec- tonic reconstruction of the Western Mediterranean–Alpine area, implemented into a global plate motion model with lithospheric deformation, and 2D thermo-mechanical modeling of the rifting phase to test our kinematic reconstructions for geodynamic consistency. Our model fits well with independent datasets (i.e., ages of syn-rift sediments, rift- related fault activity, and mafic rocks) and shows that, between Europe and northern Adria, the PL Basin opened in four stages: (1) rifting of the proximal continental margin in the Early Jurassic (200–180 Ma), (2) hyper-extension of the distal margin in the Early to Middle Jurassic (180–165 Ma), (3) ocean–continent transition (OCT) formation with mantle exhumation and MORB-type magmatism in the Middle–Late Jurassic (165–154 Ma), and (4) breakup and mature oceanic spreading mostly in the Late Jurassic (154–145 Ma). Spread- ing was slow to ultra-slow (max. 22 mm yr−1 , full rate) and decreased to ∼ 5 mm yr−1 after 145 Ma while completely ceasing at about 130 Ma due to the motion of Iberia relative to Europe during the opening of the North Atlantic. The final width of the PL mature (“true”) oceanic crust reached a maximum of 250 km along a NW–SE transect between Europe and northwestern Adria. Plate convergence along that same transect has reached 680 km since 84 Ma (420 km between 84–35 Ma, 260 km between 35–0 Ma), which greatly exceeds the width of the ocean. We suggest that at least 63 % of the subducted and accreted material was highly thinned continental lithosphere and most of the Alpine Tethys units exhumed today derived from OCT zones. Our work highlights the significant proportion of distal rifted continental margins involved in subduction and exhumation processes and pro- vides quantitative estimates for future geodynamic modeling and a better understanding of the Alpine Orogeny.Lithospheric stretching/shortening factors in the Mediterranean region