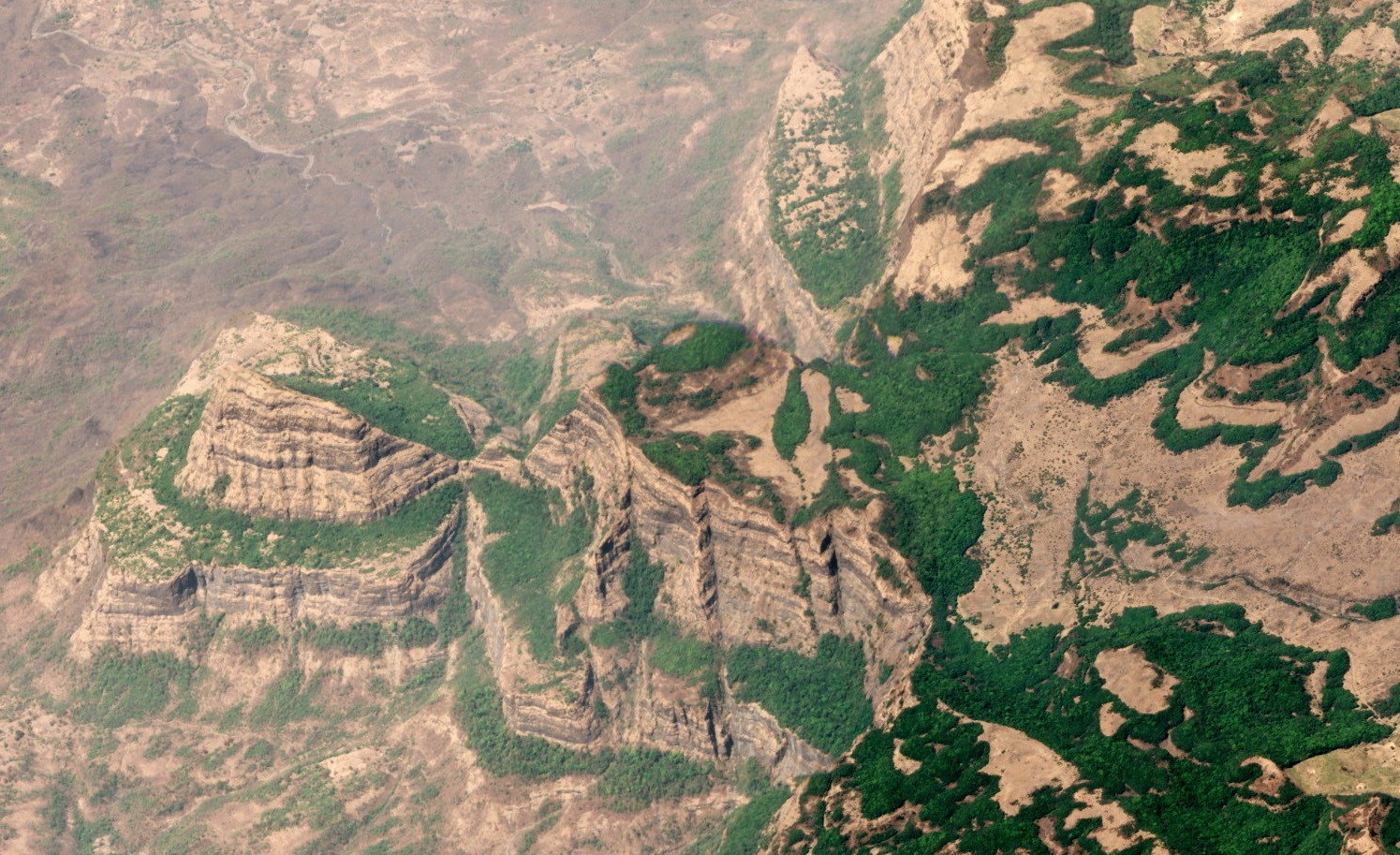 About 250 million years ago, a massive volcanic eruption flooded modern-day Siberia with lava, creating the Siberian Traps, giant plateaus made of multiple layers of lava. The eruption also released huge quantities of carbon dioxide into the atmosphere that rapidly altered the climate and triggered the Permian-Triassic mass extinction event that wiped out more than 90% of marine species and 70% of terrestrial species. After the eruption, however, the Siberian Traps began drawing atmospheric carbon dioxide back into the crust through weathering and erosion. The Siberian Traps are the largest of several floods of basalt, called Large Igneous Provinces (LIPs), that have occurred during Earth’s history and that likely have played a role in regulating Earth’s climate.

In a new paper in Geophysical Research Letters, lead author Louis Johansson, along with Deep Carbon Observatory members Sabin Zahirovic and Dietmar Muller at the University of Sydney’s School of Geosciences modelled the eruption of LIPs and their movement as a result of plate tectonics around the globe for the last 400 million years.

The researchers compared the timing of LIP eruption and weathering with estimates of atmospheric carbon dioxide to see if eruptions and weathering had a controlling effect. Through their analysis the researchers were able to pinpoint specific times when LIPs were instrumental in turning up or down Earth’s global thermostat.

“These huge eruptions bring up an enormous amount of carbon dioxide and can change the climate and trigger major extinctions,” said Zahirovic.

“But Earth has inbuilt mechanisms to scrub out the carbon dioxide from the atmosphere over geological timeframes.”

LIPs can absorb large amounts of carbon dioxide because the basalt lavas are full of silicate-rich rocks that are especially vulnerable to weathering. When rain falls through a carbon dioxide-rich atmosphere, it dissolves the gas and forms acid rain. The weak acid reacts with silicate minerals in the LIPs to make long-lived carbonate sediments. Warm, rainy environments speed up the erosion process, and so more erosion occurs when LIPs are in regions near the equator, which have high temperatures and receive the most rainfall.

Scientists have looked at the climate impacts of individual LIPs, but no one had considered the long-term, global impacts of LIPs, as they moved around Earth on shifting continents.

The researchers used GPlates, an open-source software tool that reconstructs the movement of tectonic plates through Earth’s history, developed by Müller’s EarthByte group at the University of Sydney along with international collaborators. They took into account the timing of LIP eruptions and how many million years each LIP spent near the equator to estimate erosion. Then they compared the emission and absorption of carbon dioxide from LIPs to estimates of atmospheric carbon dioxide using proxy data from a previously published compilation.

To attain an unbiased comparison, the researchers performed a wavelet analysis, which is a statistical test that compares two sets of measurements over time to see if and when they are correlated.

“This analysis eliminates arm waving and also tells us when a particular signal leads another signal, so it gives us an indication, perhaps, of causation,” said Zahirovic.

When the researchers compared the estimated level of carbon dioxide in the atmosphere with the eruption and erosion of LIPs, they were able to identify several associated jumps and dips in atmospheric carbon dioxide, showing that these basalt floods have played a role in modulating Earth’s temperature for millions of years.

“What surprised me was that 200 million years ago, as Pangaea was breaking apart, and the Atlantic was opening up, the Central Atlantic Magmatic Province produced a huge amount of lava,” said Zahirovic.

“You can see that in the carbon dioxide proxy record, there’s a huge increase of carbon dioxide [after the eruption], but then because the volcanic province spends a lot of time in the humid near-equatorial belt, it is followed by a rapid decrease in carbon dioxide.”

The eruption and weathering of LIPs is only one aspect of Earth’s carbon cycle, and there are points when the influence of LIPs likely took a backseat to other geological processes. The researchers also note that their model omitted LIPs that erupted underwater, because these basalts tend to be recycled back into the mantle and thus are more difficult or impossible to reconstruct.

Next, the researchers are looking into other ways that plate tectonics influence the deep carbon cycle. “What we’re trying to understand are the longer-term variations of climate and the carbon cycle, over geological time frames,” said Zahirovic.

Currently they are compiling a global database of ophiolites, which are chunks of basaltic oceanic crust that get thrust up onto the continents during tectonic collisions. Like LIPs, ophiolites take up carbon dioxide from the atmosphere as they weather, and similarly to LIPs also have a finger on the global thermostat.