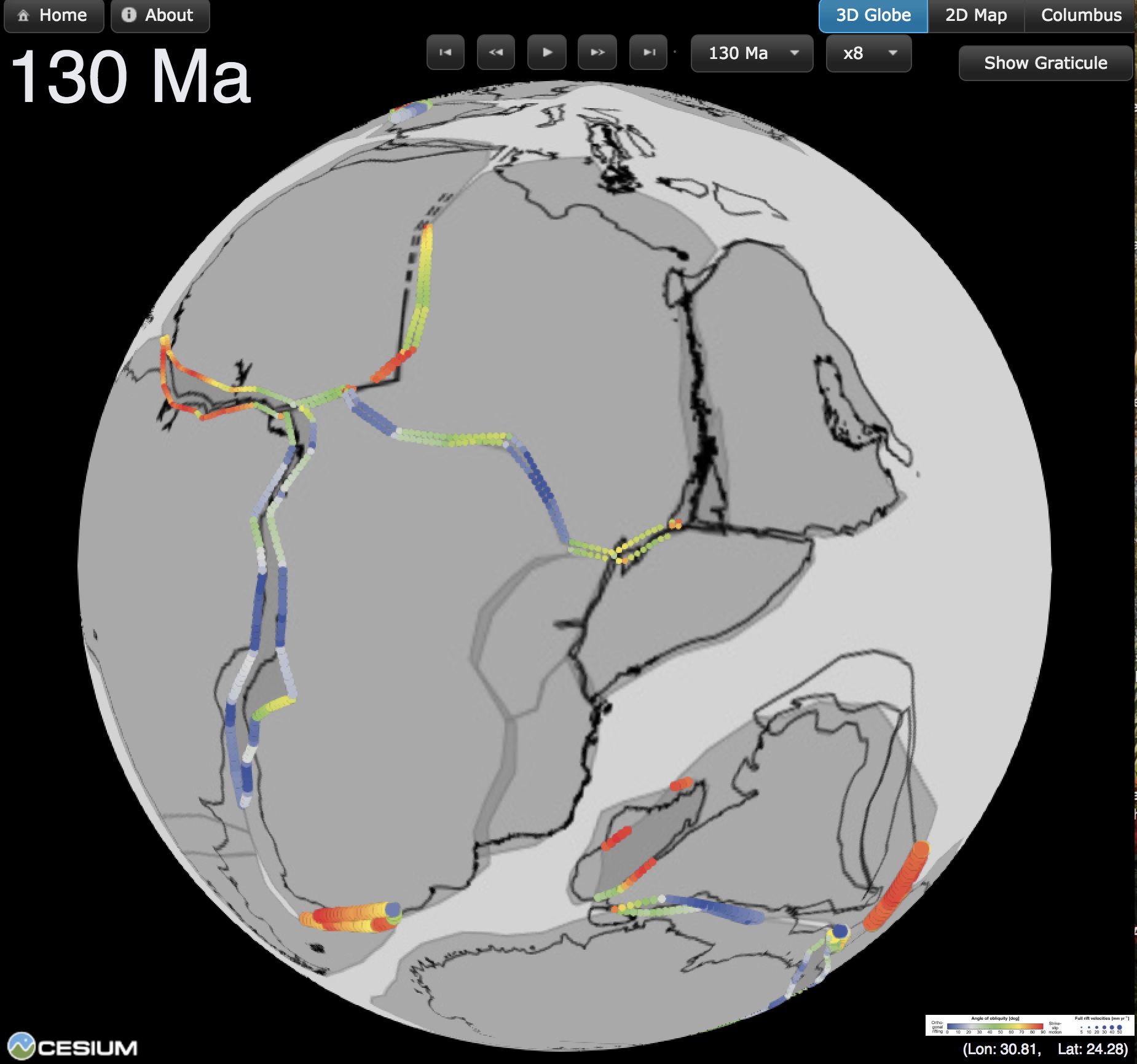 Abstract: Movements of tectonic plates often induce oblique deformation at divergent plate boundaries. This is in striking contrast with traditional conceptual models of rifting and rifted margin formation, which often assume 2-D deformation where the rift velocity is oriented perpendicular to the plate boundary. Here we quantify the validity of this assumption by analysing the kinematics of major continent-scale rift systems in a global plate tectonic reconstruction from the onset of Pangea breakup until the present day. We evaluate rift obliquity by joint examination of relative extension velocity and local rift trend using the script-based plate reconstruction software pyGPlates. Our results show that the global mean rift obliquity since 230 Ma amounts to 34◦ with a standard deviation of 24◦ , using the convention that the angle of obliquity is spanned by extension direction and rift trend normal. We find that more than ∼ 70 % of all rift segments exceeded an obliquity of 20◦ demonstrating that oblique rifting should be considered the rule, not the exception. In many cases, rift obliquity and extension velocity increase during rift evolution (e.g. Australia-Antarctica, Gulf of California, South Atlantic, India-Antarctica), which suggests an underlying geodynamic correlation via obliquity-dependent rift strength. Oblique rifting produces 3-D stress and strain fields that cannot be accounted for in simplified 2-D plane strain analysis. We therefore highlight the importance of 3-D approaches in modelling, surveying, and interpretation of most rift segments on Earth where oblique rifting is the dominant mode of deformation. The paper is available here.