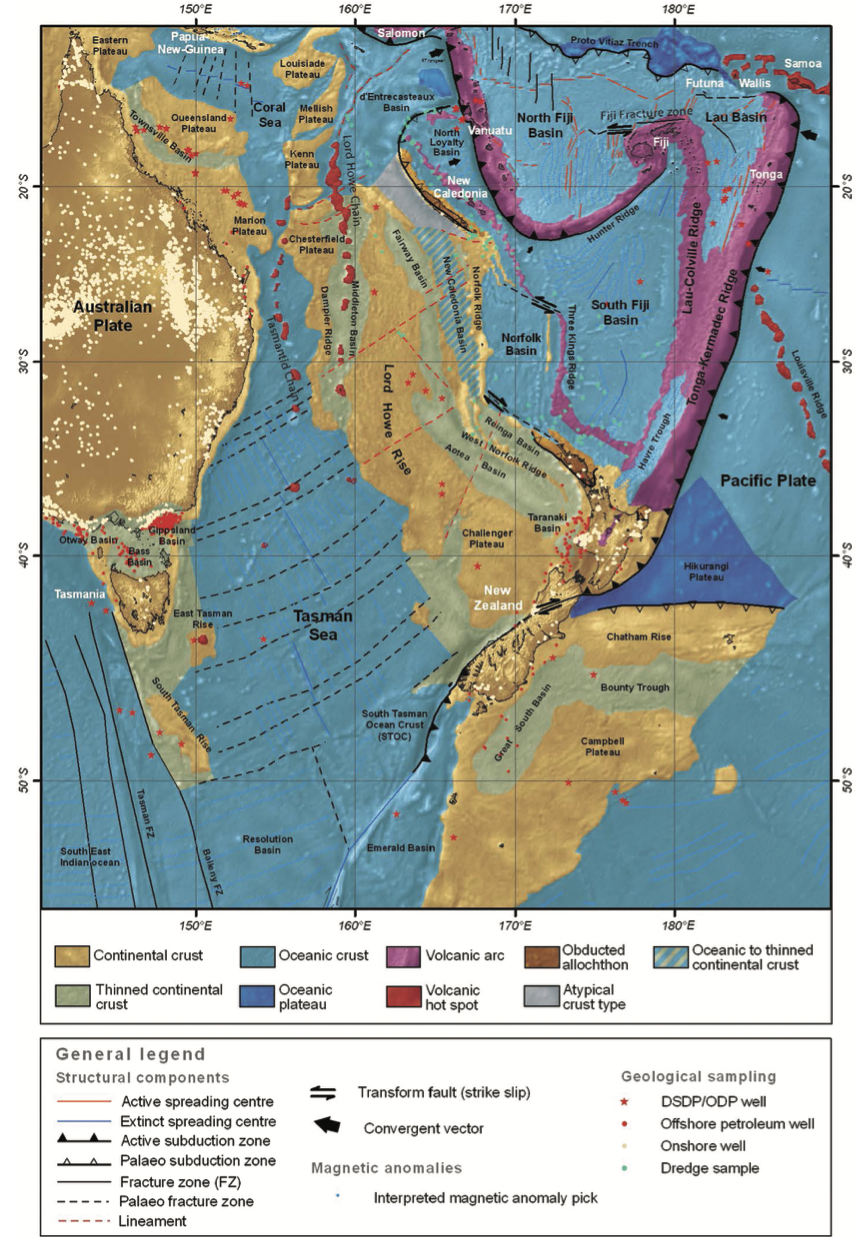 A book chapter in: New Caledonia: Geology, Geodynamic Evolution and Mineral Resources. Geological Society, London, Memoirs, 51, 13–26, https://doi.org/10.1144/M51-2018-5 has finally been published. The book chapter, which gives a brief overview of the geodynamics of New Caledonia, was a collaboration between colleagues from New Caledonia, New Zealand, Australia and France. Abstract below:

The SW Pacific region consists of a succession of ridges and basins that were created by the fragmentation of Gondwana and the evolution of subduction zones since Mesozoic times. This complex geodynamic evolution shaped the geology of New Caledonia, which lies in the northern part of the Zealandia continent. Alternative tectonic models have been postulated. Most models agree that New Cal- edonia was situated on an active plate margin of eastern Gondwana during the Mesozoic. Extension affected the region from the Late Creta- ceous to the Paleocene and models for this period vary in the location and nature of the plate boundary between the Pacific and Australian plates. Eocene regional tectonic contraction included the obduction of a mantle-derived Peridotite Nappe in New Caledonia. In one class of model, this contractional phase was controlled by an east-dipping subduction zone into which the Norfolk Ridge jammed, whereas and in a second class of model this phase corresponds to the initiation of the west-dipping Tonga–Kermadec subduction zone. Neogene tectonics of the region near New Caledonia was dominated by the eastwards retreat of Tonga–Kermadec subduction, leading to the opening of a back-arc basin east of New Caledonia, and the initiation and southwestwards advance of the New Hebrides–Vanuatu subduction zone towards New Caledonia.

Paper can be downloaded here: Collot++_SWPacific_13.full