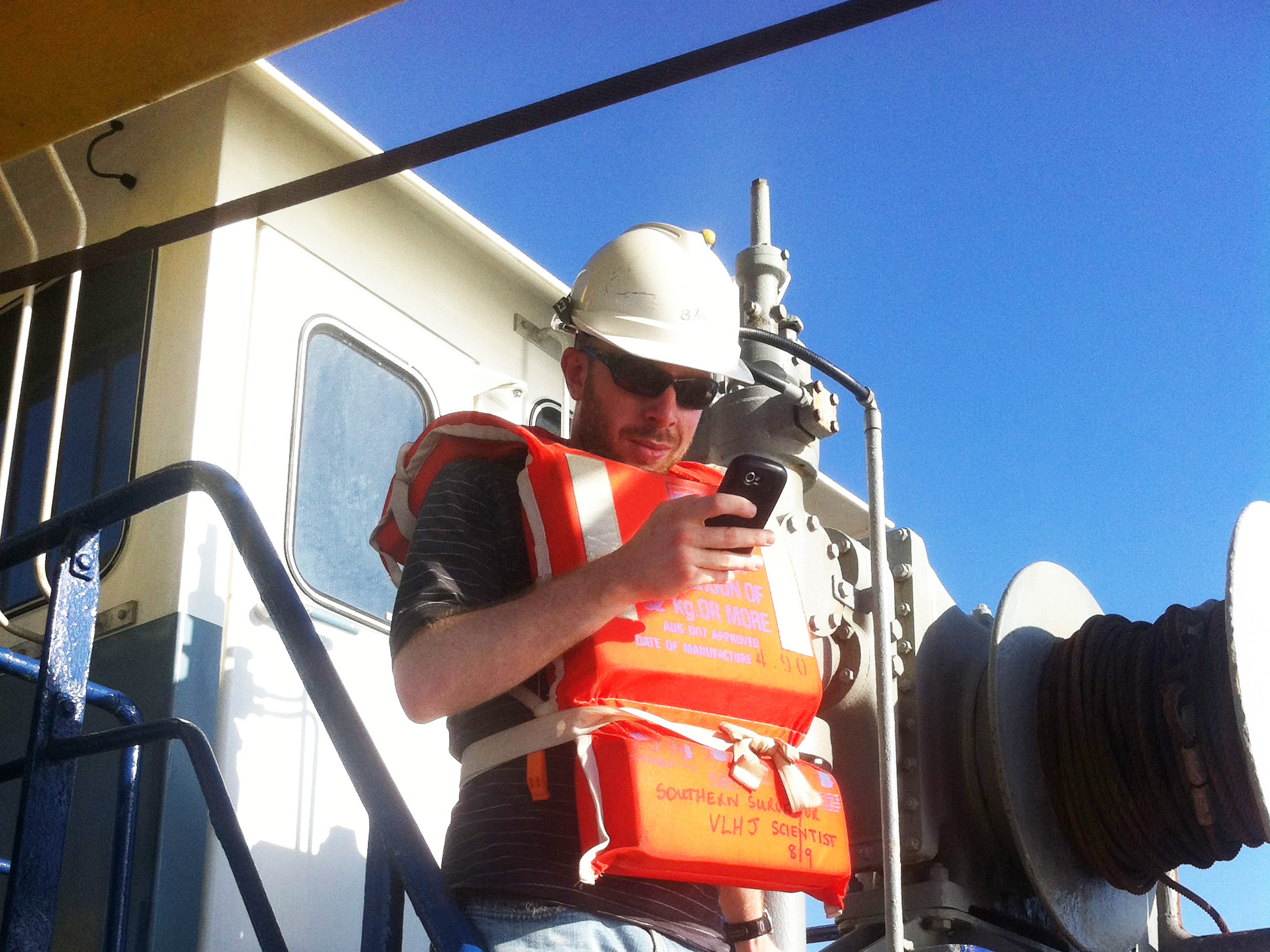 Congratulations to Simon Williams and Tassie EarthByter Joanne Whittaker for co-authoring the paper in Nature.

In a project led by Howie Scher from the University of South Carolina they used fossil fish teeth recovered from the oceans around Australia combined with detailed tectonic reconstructions to shed new light on the origins of the world’s mightiest ocean current, the Antarctic Circumpolar Current (ACC). The ACC flows clockwise around Antarctica because there are no land masses in the way and it plays a critical role in maintaining the large ice sheets on Antarctica because it keeps warmer ocean waters away.

The new study reveals that the northward motion of the Tasman seaway placed it in a prime position to be affected by strong westerly winds. Once the wind conditions were favourable, the flow of water around Antarctica began to kick-in, and the Antarctic Circumpolar Current was established.