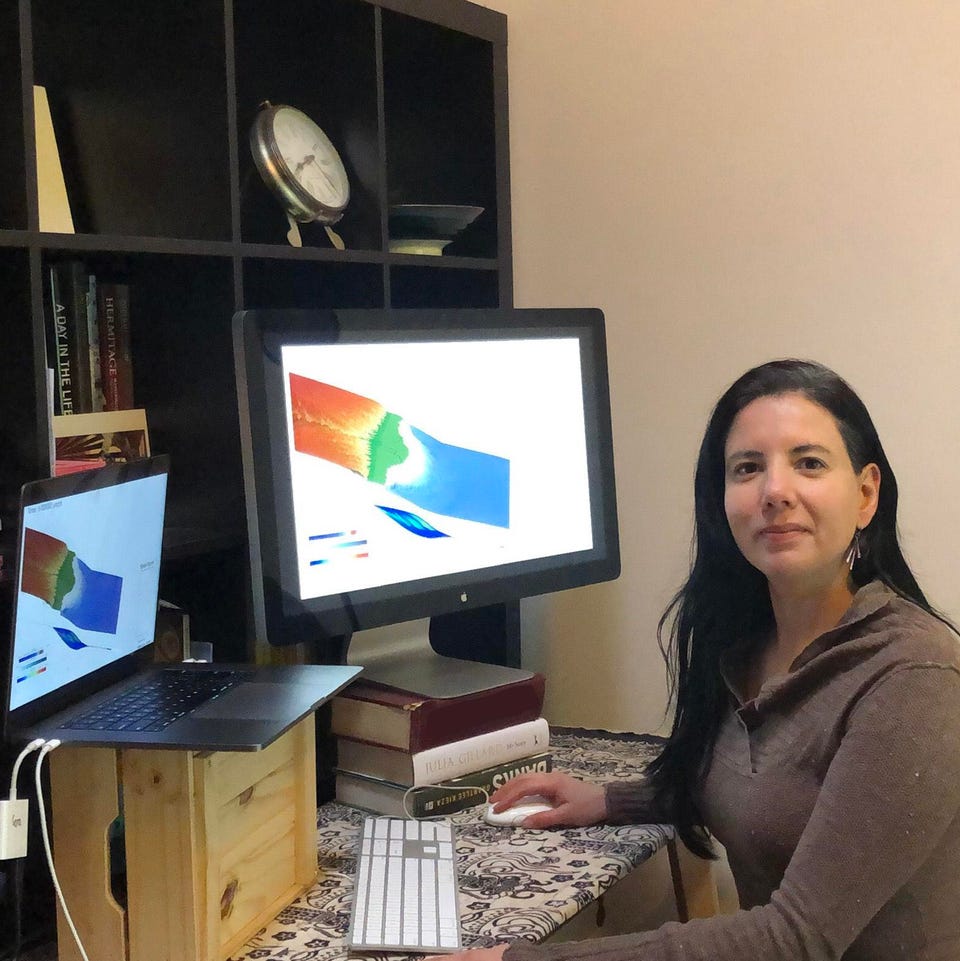 “That software allows me to simulate how rivers change under different scenarios,” Polanco says, “In a sense, it is like a computer game where I create different worlds, based on real landscapes, and I control the formation of mountains, climate and sea-level.”

She is currently a lecturer at the School of Geosciences at the University of Sydney and says that despite the key role that rivers play in society, further research is needed to understand the fundamental factors that cause rivers to change over the course of millions of years.

“Rivers are the bloodlines of our planet… they supply water, nutrients and habitable space for over 90% of the human population,” she says, adding that the biggest opportunity of this project is that a controlled virtual environment allows her to provide key insights to sustainably manage groundwater resources stored in ancient river deposits.

“As a child, these formidable landscapes stimulated a deep curiosity in me,” she says, “I spent hours wondering how those mountains and rivers were formed and dictated where we lived.”

Polanco says she had an Eureka moment during high school when she learnt how fractal geometry could be used to measure the overall “roughness” of coastlines, river basins and mountains.

“To combine my passion for landscapes and science, I decided to do my undergraduate degree in Earth Sciences,” she says, “It was then where I learnt many fascinating aspects of Australian geology.”

“Why do some rivers drain into the center of Australia instead of the sea?” she says, “Why do these Australian rivers and lakes only fill four times per century?”

During her undergraduate degree, Polanco says, living in Australia and studying any of these landscapes seemed an unattainable dream.

“To move towards achieving my dream, I applied for a PhD in Australia where part of my PhD research focused on the understanding of the unique river systems of Kati Thanda-Lake Eyre, the lake that had captivated me since I was an undergraduate student in Colombia,” she says, adding that she has now lived in Australia for ten years, a place I now call home.

“I also live surrounded by 200-million-year-old river deposits in the Blue Mountains, which are a constant source of inspiration,” Polanco says.

“The lack of a baseline understanding of the evolution of rivers hinders humanity’s ability to prepare for their future environmental changes and to efficiently manage the water resources stored in their underground ancient river deposits,” Polanco says.

Another Colombian researcher with a passion for geology and water resources is Miriam Rios-Sanchez.

Rios-Sanchez was pursuing a major in Geology, being trained as a volcanologist before a quirk of fate took her in to the field of hydrogeology, the study where and how groundwater moves through the Earth’s crust.