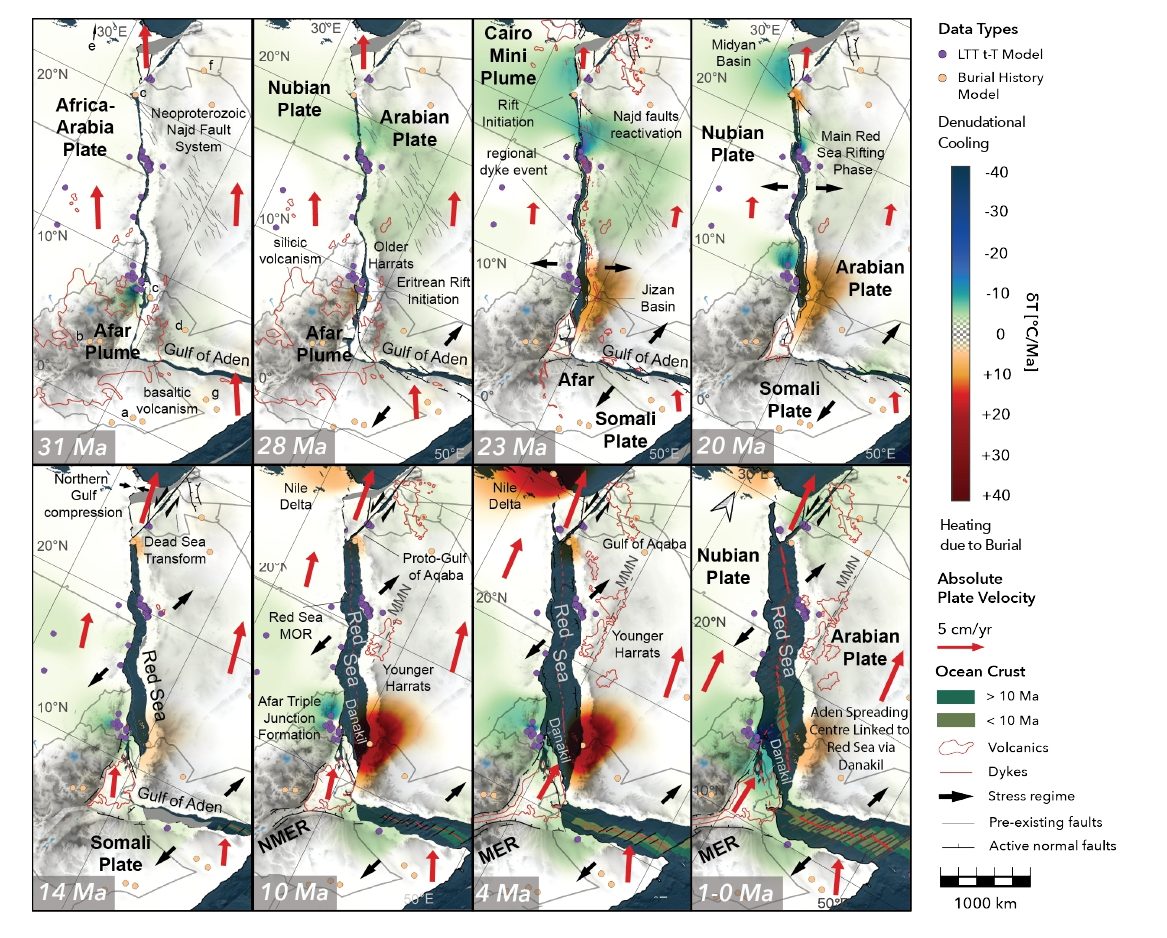 EarthByte Seminar Series presents the first talk of this year by Dr. Samuel C Boone from the University of Melbourne, titled “THERMOCHRONOLOGICAL INSIGHTS INTO CONTINENTAL BREAKUP PROCESSES.” The seminar will be held in the Madsen Building Room 449 (Conference Room) from 11 am (AEDT)  Wednesday, 18th January. You are also welcome to join us live via Zoom (link: https://uni-sydney.zoom.us/j/86426471159). For more information on the seminar, see below:

From AI to Big Data: Multi-scale thermo-tectonic imaging of the Afro-Arabian Rift System

Intracontinental rifts play a fundamental role in the theory of plate tectonics, facilitating the breakup of continents by the stretching, thinning and eventual rupture of the lithosphere. The resulting creation of new oceans and continental margins are thought to be instrumental in driving the evolution of the Earth’s interior, climate and biosphere. Yet, despite their importance in how our planet operates, the complex geodynamic mechanisms driving the initiation, nucleation and propagation of rifts remain enigmatic.
New insights into early-stage rift processes are being provided by the application of low- temperature thermochronology to the Paleogene-recent Afro-Arabian Rift System, the archetypal modern example of an intracontinental rift zone. By constraining the timing and rate of rift-related upper crustal thermal perturbations otherwise poorly preserved in the geological record, our understanding of the growth of topography and the spatio-temporal evolution of extensional strain in Afro-Arabia, on the rift basin- to rift system-scale, is greatly improving. These findings, in turn, are leading to new conclusions being drawn about the respective roles of far-field stresses, plume impingement and tectonic inheritance during the earliest stages of continental breakup.