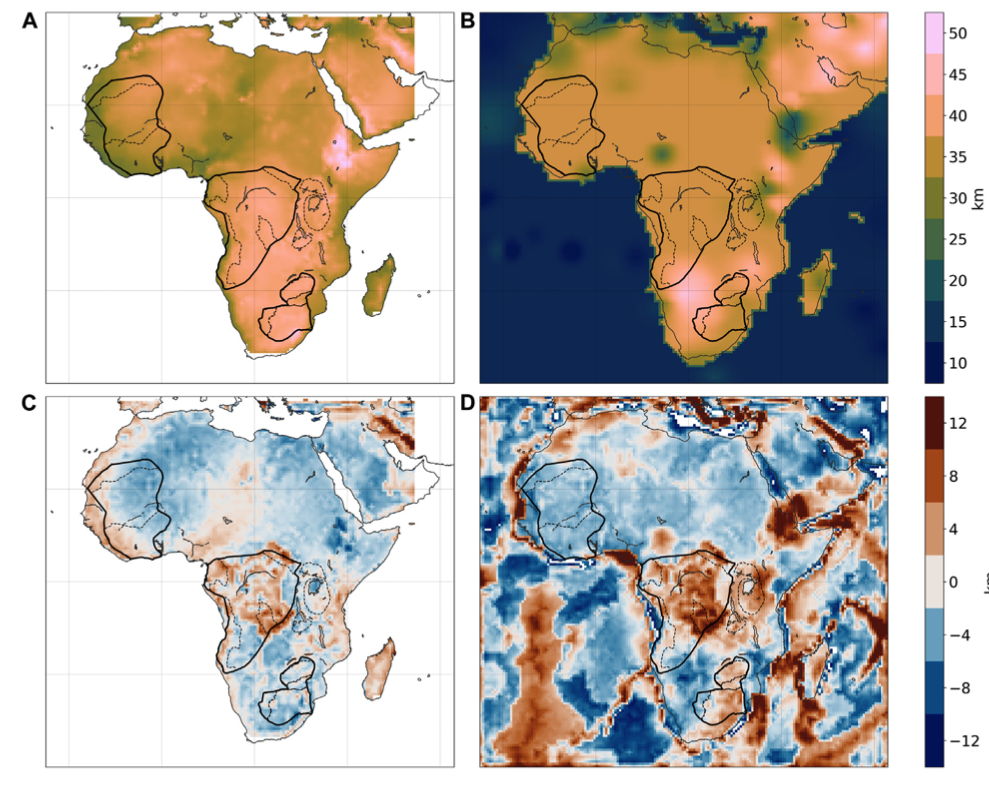 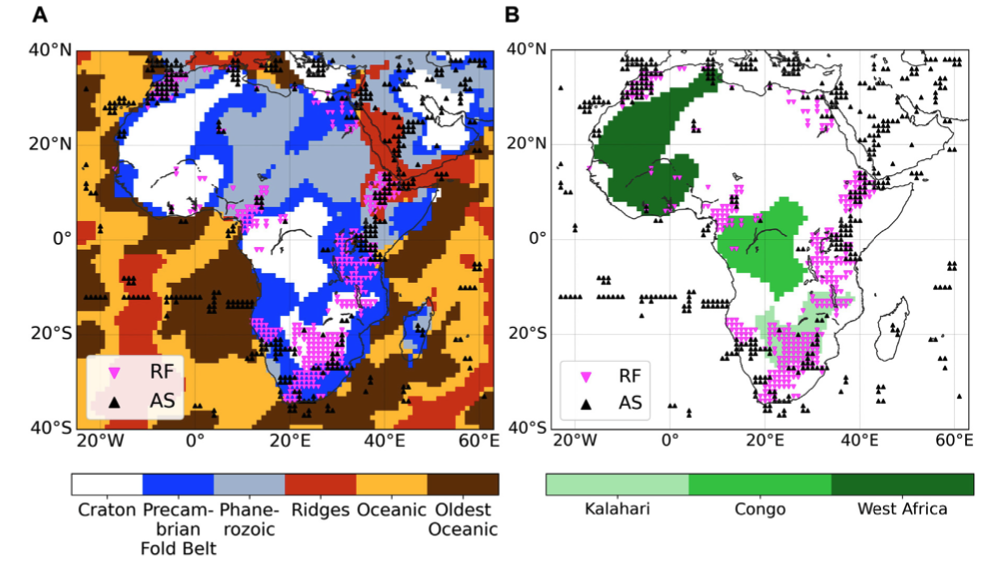 The lithospheric build-up of the African continent is still to a large extent unexplored. In this contribution, we present a new Moho depth model to discuss the architecture of the three main African cratonic units, which are: West African Craton, Congo Craton, and Kalahari Craton. Our model is based on a two-step gravity inversion approach that allows variable density contrasts across the Moho depth. In the first step, the density contrasts are varied for all non-cratonic units, in the second step for the three cratons individually. The lateral extension of the tectonic units is defined by a regionalization map, which is calculated from a recent continental seismic tomography model. Our Moho depth is independently constrained by pointwise active seismics and receiver functions. Treating the constraints separately reveals a variable range of density contrasts and different trends in the estimated Moho depth for the three cratons. Some of the estimated density contrasts vary substantially, caused by sparse data coverage of the seismic constraints. With a density contrast of Δ ρ  200 kg/m3 the Congo Craton features a cool and undisturbed lithosphere with smooth density contrasts across the Moho. The estimated Moho depth shows a bimodal pattern with average Moho depth of 39–40 km for the Kalahari and Congo Cratons and 33–34 km for the West African Craton. We link our estimated Moho depth with the cratonic extensions, imaged by seismic tomography, and with topographic patterns. The results indicate that cratonic lithosphere is not necessarily accompanied by thick crust. For the West African Craton, the estimated thin crust, i.e. shallow Moho, contrasts to thick lithosphere. This discrepancy remains enigmatic and requires further studies.