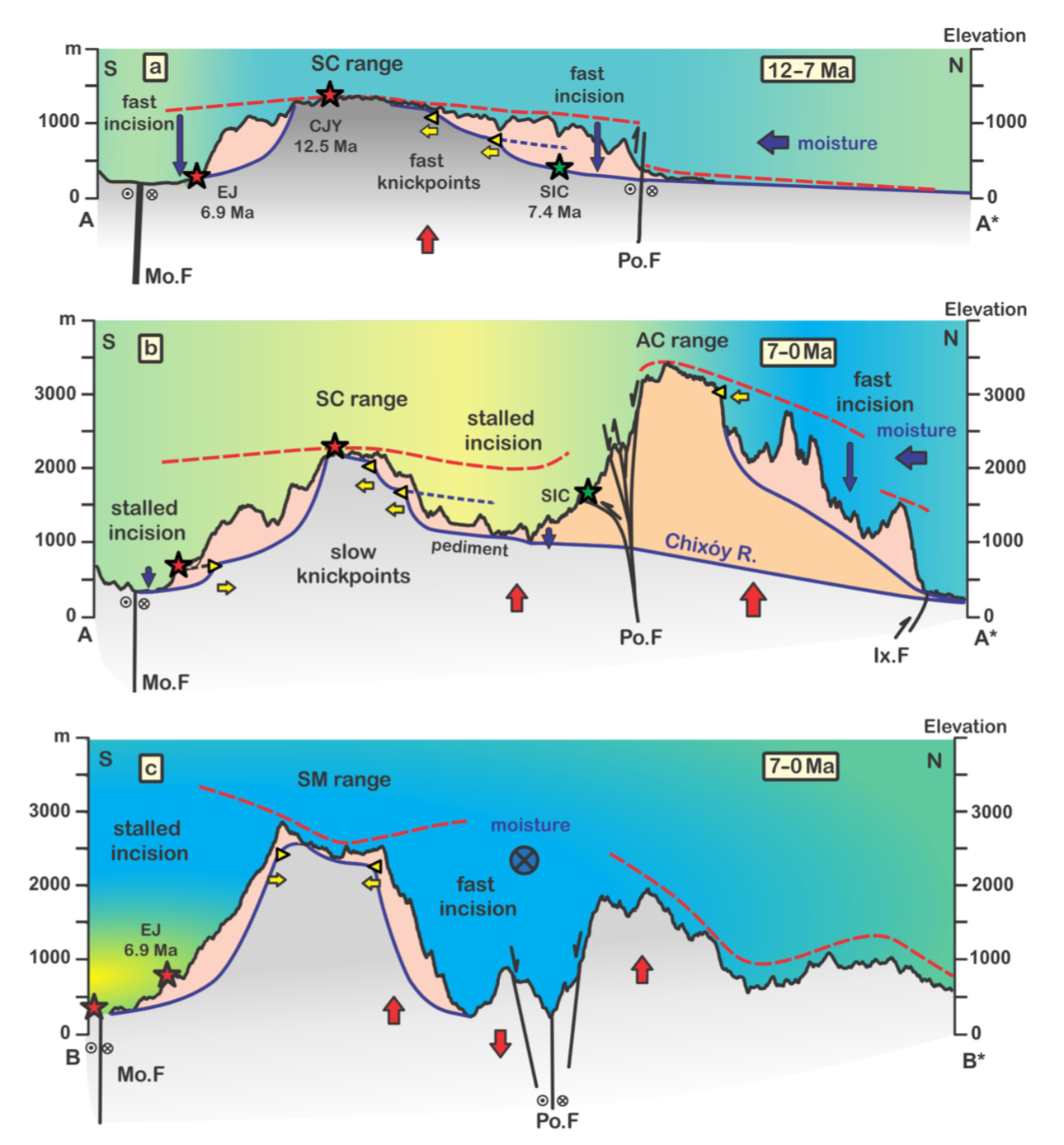 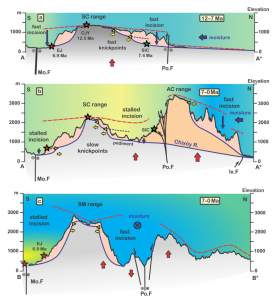 The rise of a mountain range affects moisture circulation in the atmosphere and water runoff across the land surface, modifying the distribution of precipitation and drainage patterns in its vicinity. Water routing in turn affects erosion on hillslopes and incision in river channels on surrounding mountain ranges. In central Guatemala, two parallel, closely spaced mountain ranges formed during two consecutive pulses of uplift, the first between 12 and 7 Ma (Sierra de Chuacús–Sierra de las Minas), and the second after 7 Ma (Altos de Cuchu- matanes). We explore the climatic and tectonic processes through which the rise of the most recent range drove the slowing of river incision and hillslope erosion over the previously uplifted range. The 40Ar/39Ar dating of perched volcanic deposits documents the sequential rise and incision of these mountain ranges. Terrestrial cos- mogenic 10Be in river sediments indicates that currently hillslopes in the older range erode more slowly than in the younger range (20–150 vs. 300mMyr−1). These differences mimic the current distribution of precipitation, with the younger range intercepting the atmospheric moisture before it reaches the older range. River channel steepness and deformation of paleovalleys in the new range further indicate that the younger range has been rising faster than the older range up to today. We review how atmospheric moisture interception and river long-profile adjustment to the rise of the new range have contributed to the decline of erosion rates over the old range. We also explore the consequences of this decline and of aridification on the topographic evolution of the older range. The older range undergoes a slow topographic decay, dominated by backwearing, by the stacking of slowly migrating erosion waves along the mountain flanks, and by the formation of pediments around its base. The morphology of the old range is therefore transitioning from that of a front range to that of a dry interior range.