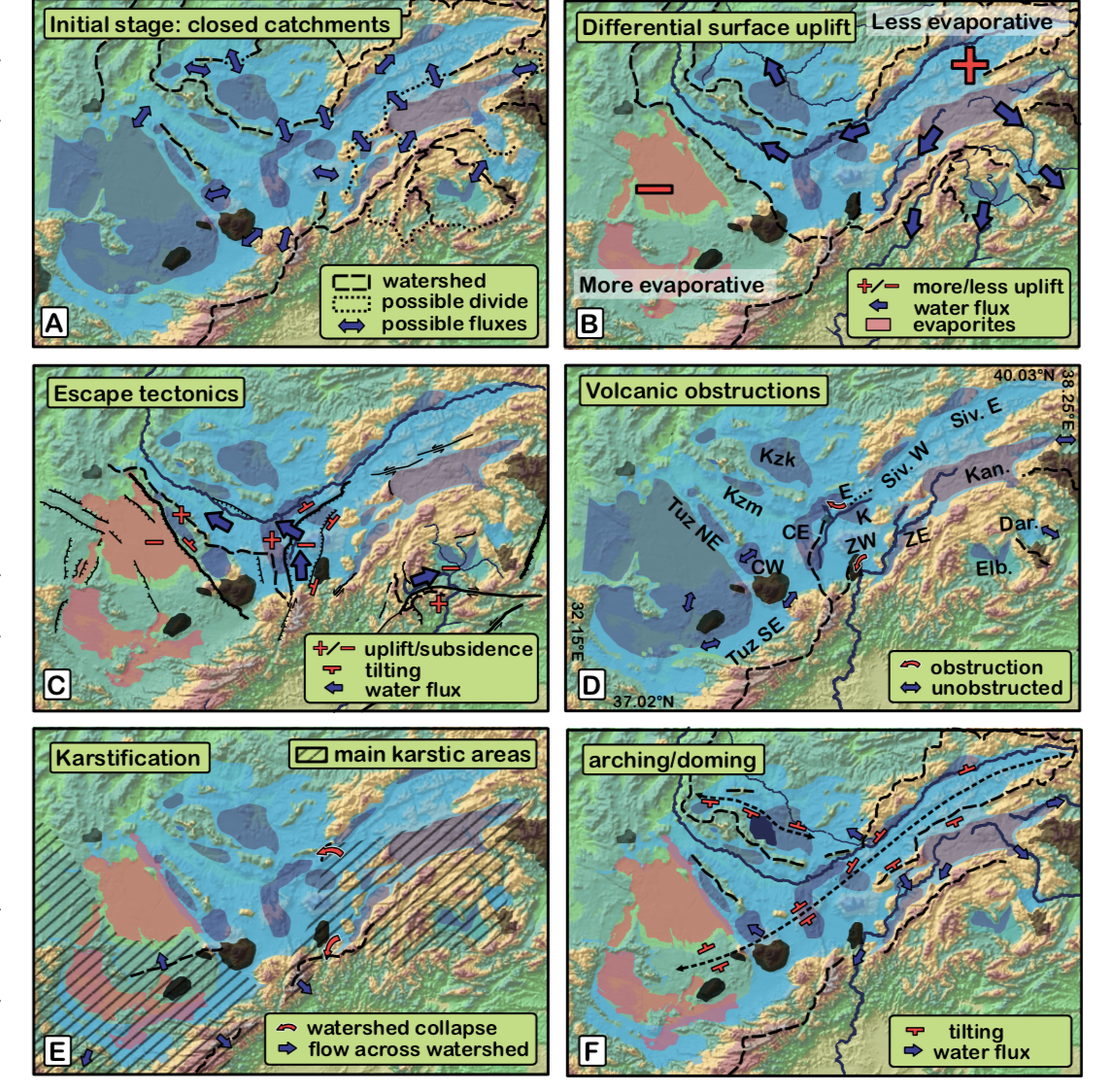 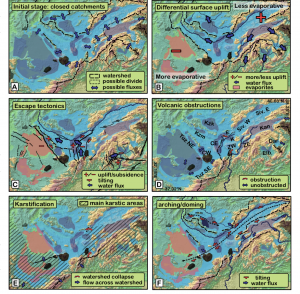 The evolution of stream incision documented by these markers and newly obtained 10Be erosion rates allow us to discriminate the respective contributions of three potential processes to drainage integration, namely, the capture of closed catchments by rivers draining the outer slopes of the plateau, the overflow of closed lakes, and the avulsion of closed catchments. Along the southern plateau margin, rivers draining the southern slope of the Central Anatolian Plateau expanded into the plateau interior; however, only a small amount of drainage integration was achieved by this process. Instead, avulsion and/or overflow between closed catchments achieved most of the integration, and these top-down processes left a distinctive sedimentary signal in the form of terminal lacustrine limestone sequences.

In the absence of substantial regional climate wetting during the early Pliocene, we propose that two major tectonic events triggered drainage integration, separately or in tandem: the uplift of the Central Anatolian Plateau and the tectonic completion of the Anatolian microplate. Higher surface uplift of the eastern Central Anatolian Plateau relative to the western Central Anatolian Plateau promoted more positive water balances in the eastern catchments, higher water discharge, and larger sediment fluxes. Overflow/avulsion in some of the eastern catchments triggered a chain of avulsions and/or overflows, sparking sweeping integration across the plateau. Around 5 Ma, the inception of the full escape of the Anatolian microplate led to the disruption of the plateau surface by normal and strike-slip faults. Fault scarps partitioned large catchments fed by widely averaged sediment and water influxes into smaller catchments with more contrasted water balances and sediment fluxes.

can outcompete erosion of outer plateau slopes to reintegrate plateau interior drainages, and this is overlooked in current models, in which drainage evolution is dominated by bottom-up integration. Top-down integration has the advantage that it can be driven by more subtle changes in climatic and tectonic boundary conditions than bottom-up integration.