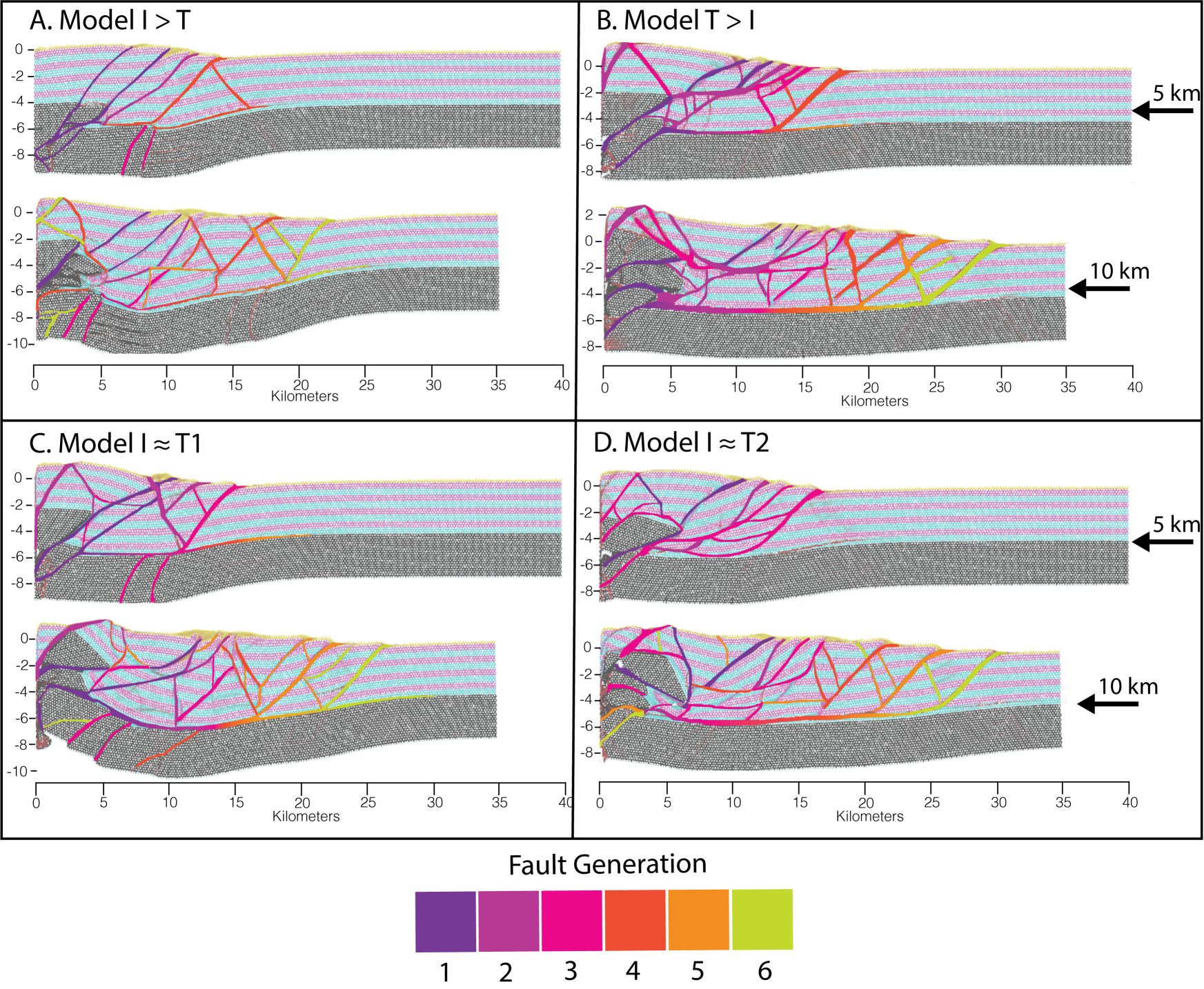 Fold and thrust belts are areas of concentrated compressional deformation. The load imposed by the formation of a fold and thrust belt induces isostatic adjustments that can potentially influence their structural evolution. Here, we present numerical experiments that explore the interplay between the tempo at which a fold-thrust belt propagates, the tempo at which isostatic adjustment occurs, and its implications for a fold and thrust belts’ structural evolution. We run models using both an “Airy-style” local isostasy boundary condition and a flexural isostasy boundary condition. The “Airy-style” condition is more suited to the hinterland portion of an orogenic system with a warmer, more ductile lithosphere. The flexural isostasy boundary condition is more suited to the foreland of an orogenic system, where the lithosphere is more rigid.