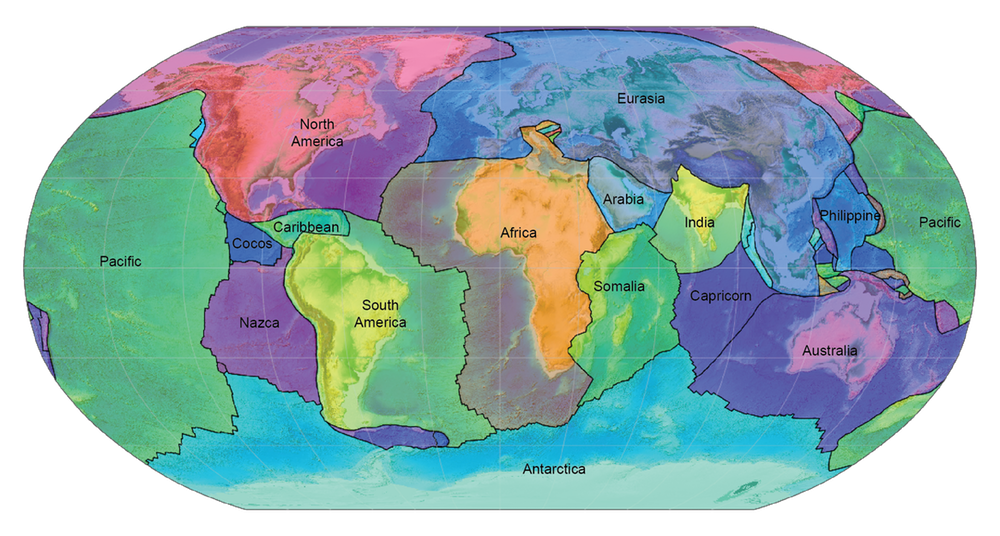 Dietmar Muller, Maria Seton and Sabin Zahirovic published an article in The Conversation on How Earth’s continents became twisted and contorted over millions of years based on their recently published paper in Tectonics.

Classical plate tectonic theory was developed in the 1960s. It proposed that the outer layer of our planet is made up of a small number of rigid plates separated by narrow boundaries. The surface of Earth could be viewed as a simple jigsaw puzzle with just nine large plates and a bunch of much smaller ones. But what was glossed over when global plate tectonic models were first developed was the enormous deformation experienced by these seemingly rigid plates.

As part of recent research, we worked with a team of international collaborators to build a computer model to show just how much the continents have been deformed since the Triassic Period, about 250 million years ago. The supercontinent Pangea began breaking apart soon after, ripping along the seams between Africa and North America.

You can have a read of the full article here: