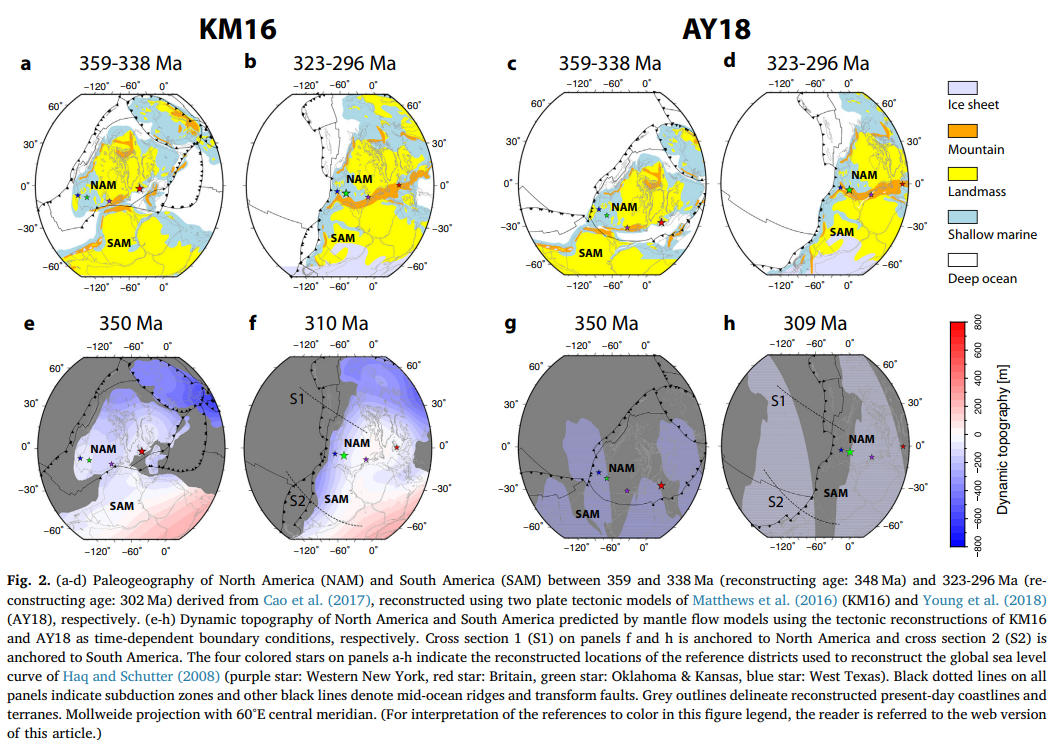 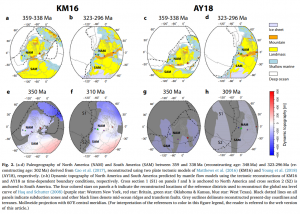 Abstract: Global sea level change can be inferred from sequence stratigraphic and continental flooding data. These methods reconstruct sea level from peri-cratonic and cratonic basins that are assumed to be tectonically stable and sometimes called reference districts, and from spatio-temporal correlations across basins. However, it has been understood that long-wavelength (typically hundreds of km) and low-amplitude (< 2 km) vertical displacements of the Earth’s surface due to mantle flow, namely dynamic topography, can occur in the absence of crustal deformation. Dynamic topography can drive marine inundation or regional emergence of continents and must be taken into consideration for eustasy estimates. Our analysis indicates that the long-term trend in globalscale
maximum flooding over the late Paleozoic generally correlates with global sea level curves. The first-order flooding history of North America correlates with some estimates of eustasy. The Paleozoic inundation of South America does not follow long-term sea level variations. The flooding lows during the Early Carboniferous and high during the Late Carboniferous are at odds with estimates of eustasy and can be explained by dynamic uplift and subsidence, respectively. Our dynamic topography models indicate that the Yangtze Platform of South China experienced significant dynamic subsidence during the transition from Permian to Triassic largely due to protoPacific subduction and its northward motion to collide with North China. The reference districts – Western New York, Oklahoma and Kansas, and West Texas in North America – were to some degree affected by dynamic uplift
and subsidence associated with long-lived Panthalassa subduction zones, closure of the Rheic Ocean and largescale upwelling above the African deep-mantle structure during late Paleozoic times. This indicates that some published global sea level curves may include non-eustatic signals such as dynamic uplift or subsidence. The interpretation of stratigraphic data gathered from these reference districts should be treated with caution to estimate global sea level variations.