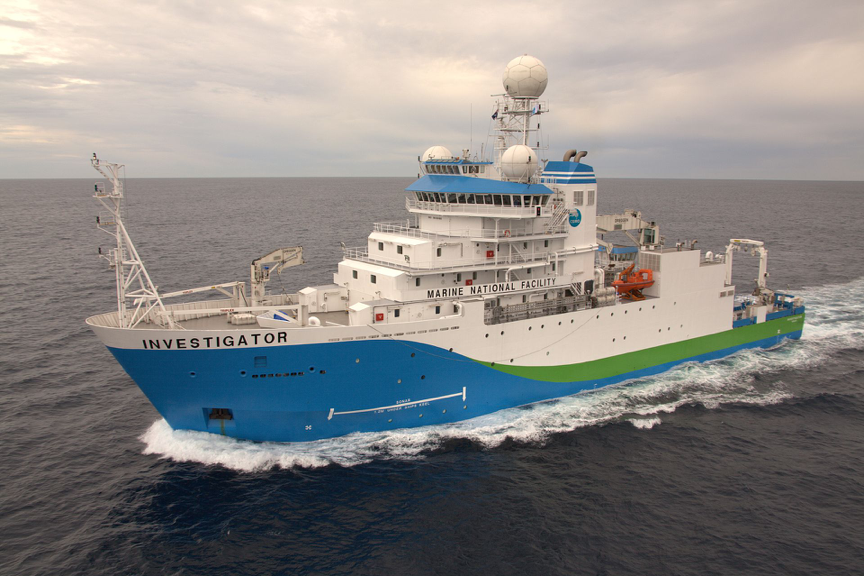 Bon voyage! Today, a group of scientists, headed by Dr. Simon Williams from the School of Geosciences, have boarded Australia’s state-of-the-art marine research vessel, the , for a 14-day voyage. The voyage departed from Lautoka, Fiji and is currently headed towards the Fairway Ridge, an uplifted but submerged part of the Lord Howe Rise, northwest of New Caledonia. The team will attempt to collect rock samples from up to 4 km water depth in order to resolve a debate regarding the continuity of geological units between New Zealand, New Caledonia and eastern Australia and update the geological maps of eastern Gondwana. From there, the ship will head to the undiscovered “Sandy Island” where rock samples from the submarine ridge will be recovered to understand its geological make-up and tectonic context. You can read more about Sandy Island here.

As well as Dr Simon Williams (who is acting as chief scientist on behalf of Dr Maria Seton who is on maternity leave), the participants include 3 honours students from the School of Geosciences and scientists from GNS Science (New Zealand), the Geological Survey of New Caledonia, University of Tasmania, UNSW, UTS, CSIRO, and NOAA.

You can track the location of the ship here. 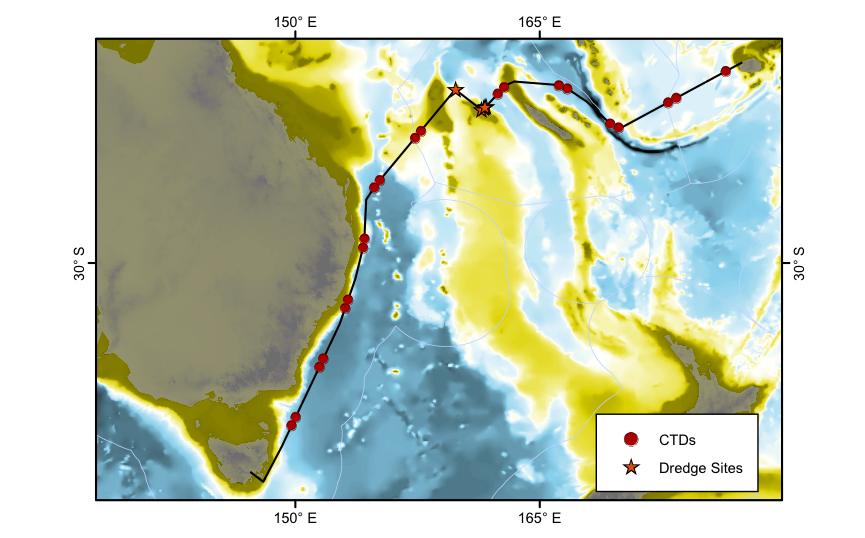