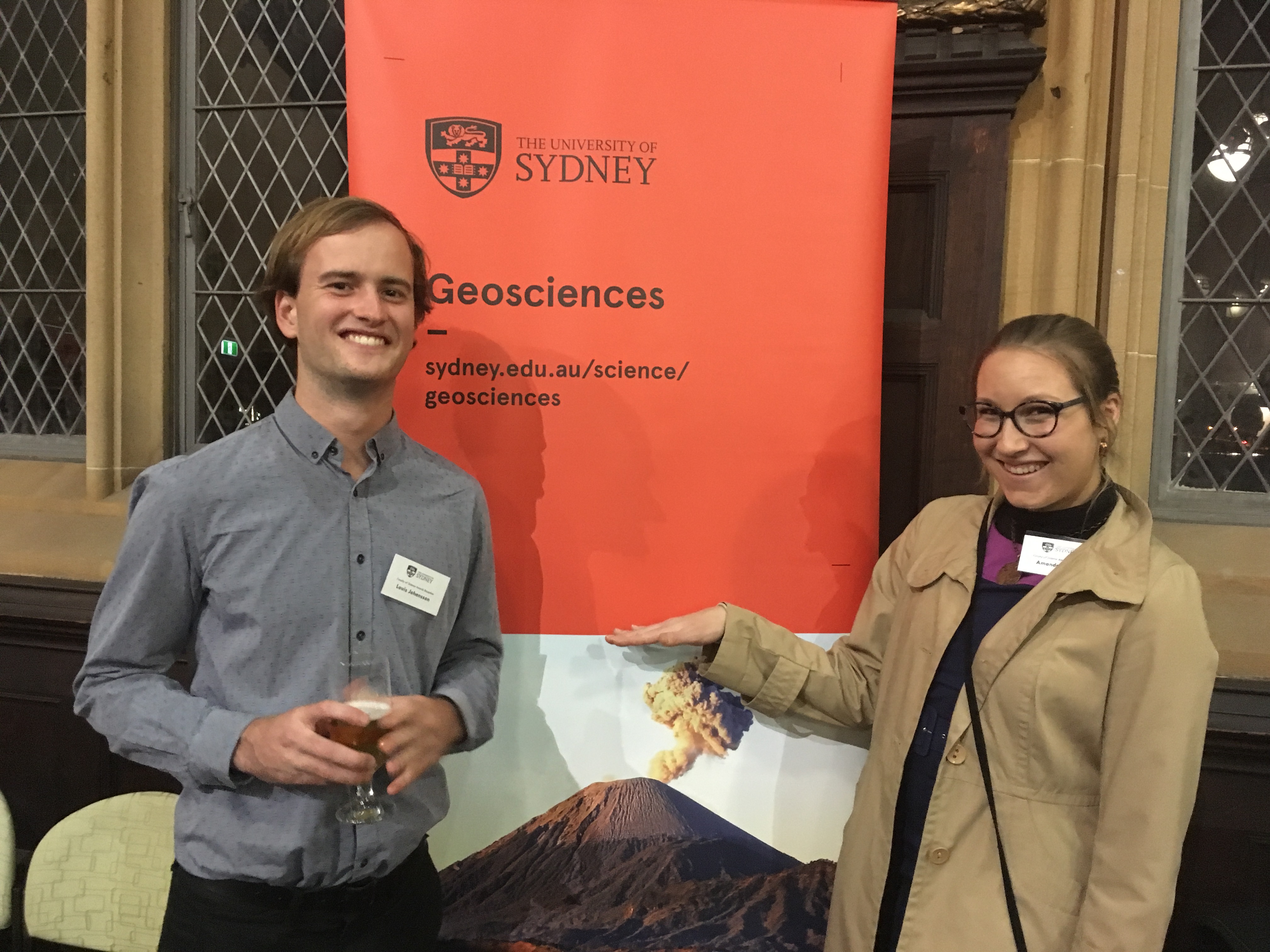 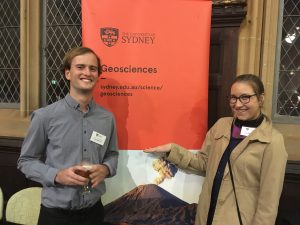 Last Tuesday night, two EarthByters received awards at the 2018 Faculty of Science Awards Reception. Mandi Thran, EarthByte PhD student, received the Postgraduate Research Prize for Outstanding Academic Achievement. This prize is awarded by Faculty of Science on the basis of outstanding senior authorship of a research publication during the early phases of candidature. Additionally, Louis Johansson, Geocoastal Research Group honours candidate and EarthByte research assistant, received the Honours Scholarship, which recognizes outstanding academic achievement by a student currently enrolled in Honours with the Faculty of Science. The awards reception was followed by a cocktail hour in the Great Hall with the rest of the recipients, which was speckled with well-deserved free canapes and bubbles. Our Head of School, Phil McManus, also made an appearance!