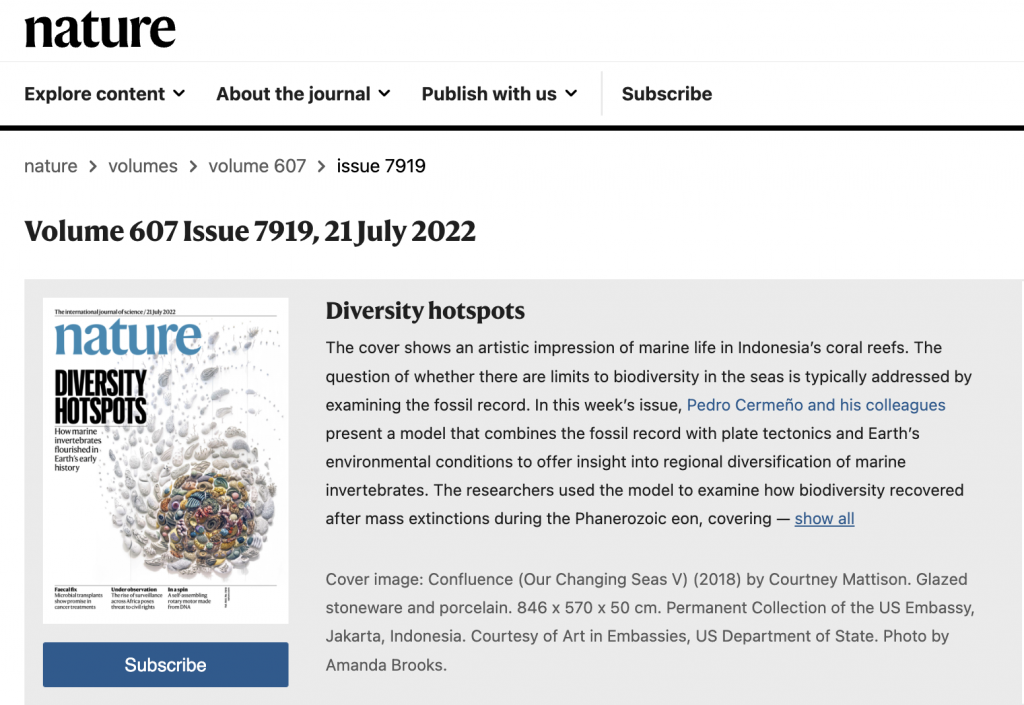 The fossil record of marine invertebrates has long fuelled the debate as to whether or not there are limits to global diversity in the sea. Ecological theory states that, as diversity grows and ecological niches are filled, the strengthening of biological interactions imposes limits on diversity. However, the extent to which biological interactions have constrained the growth of diversity over evolutionary time remains an open question. Here we present a regional diversification model that reproduces the main Phanerozoic eon trends in the global diversity of marine invertebrates after imposing mass extinctions. We find that the dynamics of global diversity are best described by a diversification model that operates widely within the exponential growth regime of a logistic function. A spatially resolved analysis of the ratio of diversity to carrying capacity reveals that less than 2% of the global flooded continental area throughout the Phanerozoic exhibits diversity levels approaching ecological saturation. We attribute the overall increase in global diversity during the Late Mesozoic and Cenozoic eras to the development of diversity hotspots under prolonged conditions of Earth system stability and maximum continental fragmentation. We call this the ‘diversity hotspots hypothesis’, which we propose as a non-mutually exclusive alternative to the hypothesis that the Mesozoic marine revolution led this macroevolutionary trend.