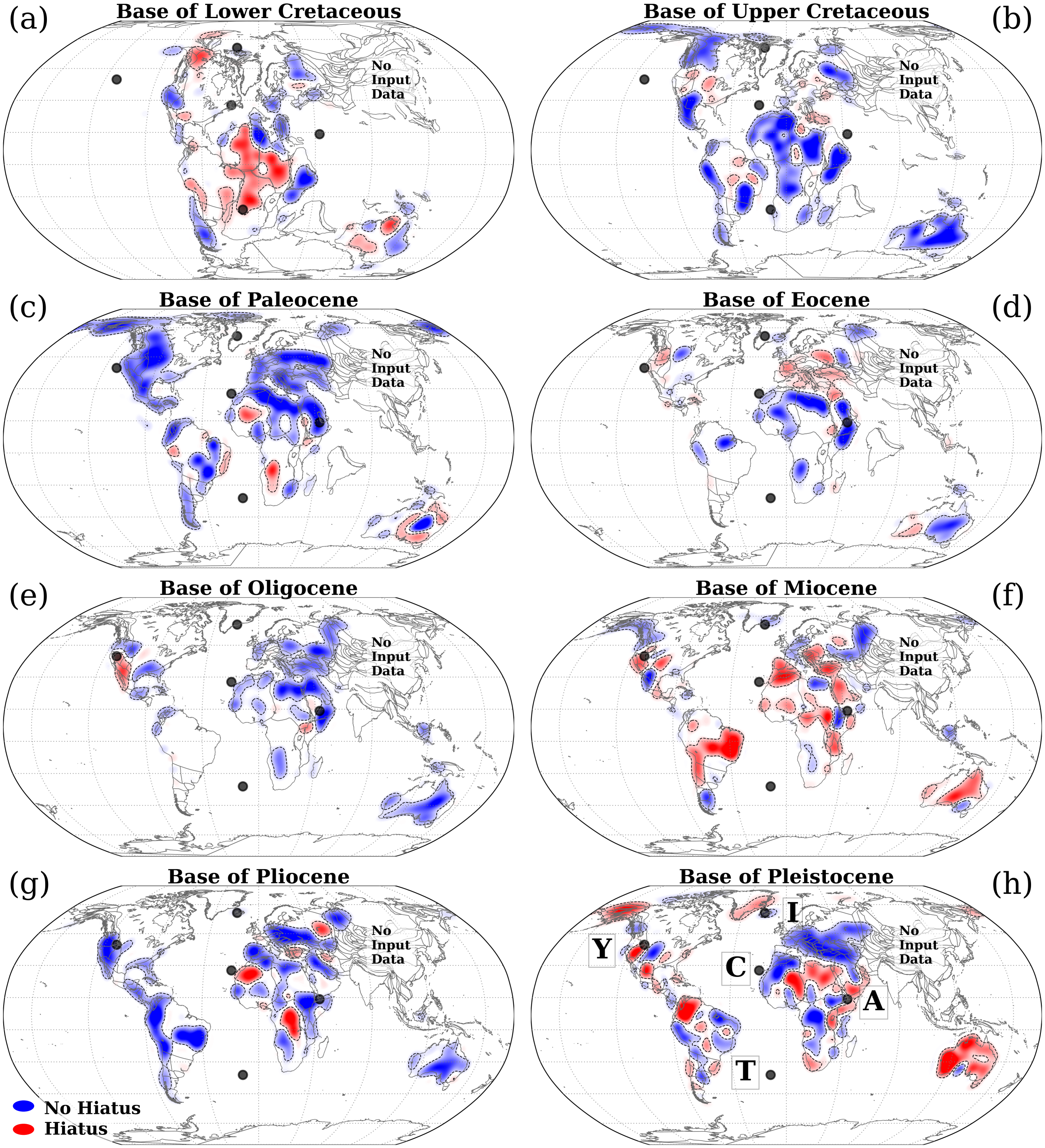 The next EarthByte seminar will be held simultaneously in the Madsen Building Rm 449 at the University of Sydney and online via Zoom, at the following link: https://uni-sydney.zoom.us/j/82037433636. Further details are below:

Mantle convection is an essential driving force of plate tectonics. It affects the horizontal and vertical motion of the Earth’s surface. The horizontal motion of the lithosphere is observed in the spreading rates, while its vertical motion leaves an imprint the geological record. In particular, positive surface deflections driven by mantle convection create erosional/non-depositional environments, which induce gaps in the stratigraphic record (i.e., hiatus). Modern digital geological maps allow us to map no-/hiatus surfaces at continental scale systematically and use them as a proxy for mantle flow induced dynamic topography. We compare our continent-scale hiatus mapping to plate motion variations in the Atlantic and Indo-Australian realms from the Upper Jurassic onward. In general, we find the datasets correlate except when plate boundary forces may play a significant role. There’s a timescale on the order of a geologic series between the occurrence of continent-scale hiatus and plate motion change. This is consistent with the presence of a weak upper mantle. Also, we find significant differences in the spatial scale of inter-regional hiatus, on the order of 2000-3000 km in diameter, which can be linked by fluid dynamic analysis to active upper mantle flow regions.

Our results highlight the importance of geological datasets to further understand geodynamic processes in the deep Earth. Also, they indicate that studies of horizontal and vertical motion of the lithosphere to track past mantle flow would provide powerful constraints for adjoint based geodynamic inverse models of past mantle convection.